By Iddrisu .A. Latif 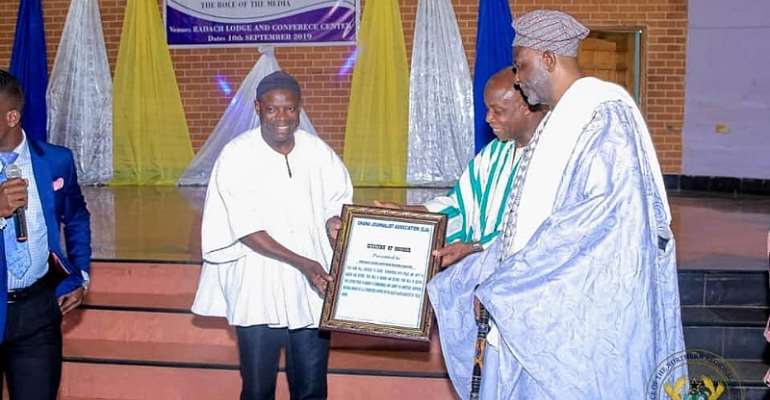 The ceremony was held on 10th September 2019 at the Radach Hotel in Tamale. The citation reads ‘Your name will continue to sound synonymous with peace and unity in Dagbon and beyond, Your role in helping find lasting peace in Dagbon is commendable and cannot go unnoticed….’

Hon. Salifu Sa-eed expressed his appreciation to the Northern Regional Branch of the GJA and the media fraternity. He thanked the GJA for the cordial working relation he is receiving from its members in the region and called for more collaboration in the coming days. He admitted that the media practitioners played a major role in the unification of Dagbon and appealed to the media to help keep the peace in Dagbon 'Dagbon would not be here today without the media playing a significant role.’

The regional minister on behave of the President H.E. Nana Addo thanked the media practitioners in Ghana for their role towards development. He assured the GJA of the government’s resolve to further deepening media freedom in Ghana.