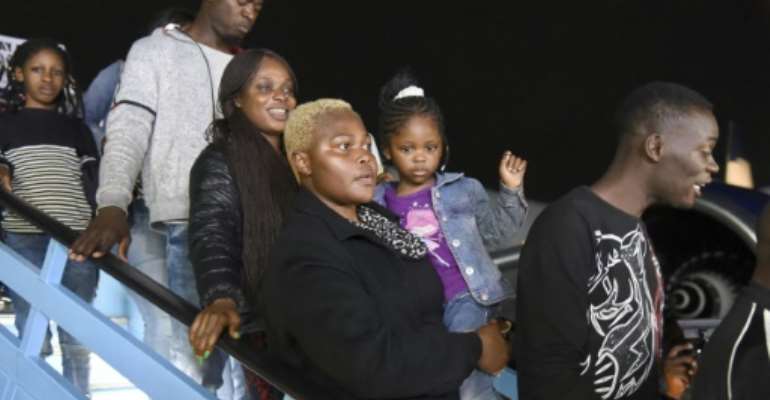 Nigeria's government has promised to help returnees - but many said they were worried about the future. By PIUS UTOMI EKPEI (AFP)

"I'll never go back in my life," says Victor Indiobe.

But on Wednesday, he was one of 189 Nigerians on a plane to Lagos, after the Nigerian government said it would repatriate around 600 citizens fleeing xenophobic attacks in South Africa.

Twelve people were killed and hundreds of shops destroyed in and around Johannesburg last week in a spate of attacks against foreigners fuelled by soaring unemployment and poverty.

It's not the first time Victor has had to deal with "this kind of thing", he told AFP on the tarmac of Lagos airport. 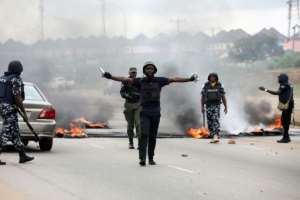 Twelve people were killed in xenophobic attacks in and around Johannesburg last week. By KOLA SULAIMON (AFP/File)

"There's been three times where there was this kind of thing, these xenophobic attacks. But this recent one now is just too much".

The 29-year-old lived in Hillbrow, one of Johannesburg's most dangerous and deprived areas, where he repaired plasma TV screens -- until September 2, when three of his friends were shot dead.

"It was by my shop. I ran out and saw them lying on the floor. I went to check on them and saw they were my friends. I had to cry, as a human being," he said, gulping down a lump in his throat.

Victor said he believes that the official death toll from last week's clashes -- which puts the number of people killed at 12 -- is too low, especially in Hillbrow.

Telling the difference between xenophobic attacks, gang violence and widespread crime is difficult in South Africa.

With 58 murders every day, the 57-million strong country has one of the world's highest homicide rates.

"South Africa is a place where people can shoot you, rob you and police won't do anything", Victor said. 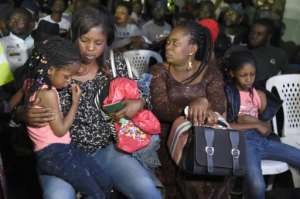 Nigeria's government said it would repatriate around 600 citizens from South Africa. By PIUS UTOMI EKPEI (AFP)

Kayode, who didn't want to give his last name, moved to South Africa's administrative capital Pretoria seven years ago for "adventure".

The 37-year-old said he could afford to pay for rent, shopping and nights out, earning up to 3,000 rand ($200 dollars) per month from his shoe repair shop.

"I travelled just because I wanted to live life, see the world", he said. "I was happy".

But last week, after local taxi drivers warned that "that there's going to be xenophobia attacks", he rushed to the Nigerian embassy, filled out an evacuation form and headed for Johannesburg airport. He waited there for almost a week before flying out on Wednesday.

Back in Lagos, Nigeria's government has promised to help those returning from South Africa. 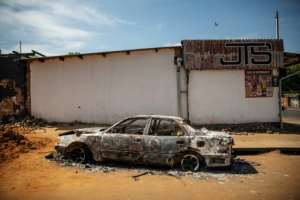 Hundreds of shops were destroyed in anti-foreigner violence in and around Johannesburg last week. By Michele Spatari (AFP/File)

Speaking to reporters on the tarmac, Nigerian foreign affairs representative Abike Dabiri-Erewa said the government would pay for citizen's travel expenses to reach their families and enrol them in programmes to find work or start a business.

But in a country blighted by unrest and poverty -- more than 80 million Nigerians live under the extreme poverty line, surviving on less than $1.90 a day -- many say they are not hopeful.

For Nicholas Olalekan, who ran a hair salon in Pretoria, his future is "in God's hands".

"My customer who I was cutting, they stabbed him, he died. They stabbed me in my nose, look. I could have died".