Why Is The Media So Biased Against Besigye? 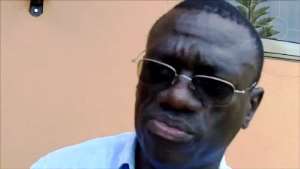 Friends, I don't know if our political system and our mass media has always been this corrupt, or if it has become considerably worse in recent times. What I do know is that as a general election approaches, they really are going to pull out all the stops. There are a lot of headlines about Museveni, especially his wealth creation tours. Then there are a lot of stories about Bobi Wine(Oh, I sound like a 'nuggu' person there but I'm just pissed off a little bit). The international media has been the most surprising- whenever Bobi sneezes, they create a headline for him, they don't even verify what he has posted on his facebook page- something they have never done for any other opposition leader in Uganda. Hopefully, they don't end up with eggs on their faces!

I'm surprised nobody in the FDC is making noise about this.Besigye is Mr. Clean(incorruptible and weedless) and Mr.Principled- he just keeps carrying on with his human activism against the regime whether the media reports it or not, but his grassroot 'sensitisation' tours rarely make headlines in and out of the country. Yes, he is not a corrupt guy- with all their money and power, Museveni's govt could find nothing that is disreputable or dishonest in his life. He is against Chinese loans that are burdening Uganda and other African countries.

Donors have never been pro-Besigye and that is sad.They are scared of a man like him being president because he can't be bought. He will have access to things they don't want him to have. He will expose the corruption that has gone on between them and Museven's govt, and are petrified of that. That's why there has been such a persistent campaign against him to make him look a four times failure in elections.Imagine having a man like that in Statehouse. The rich have every reason to keep decency and honesty out of Statehouse, so as not to prove how unequal society really is, and exactly how everyone else has been mugged off. Don't be demoralised by the lies and smears and fake polls. Don't give up hope. Another Uganda is possible with or without elections.

Abbey Kibirige Semuwemba "In tribute to the United Kingdom and the Republic of Uganda, two bastions of strength in a world filled with strife, discrimination and terrorism."

The author has 176 publications published on Modern Ghana.