The Growing Role Of Money In Ghana’s Parliamentary Elections 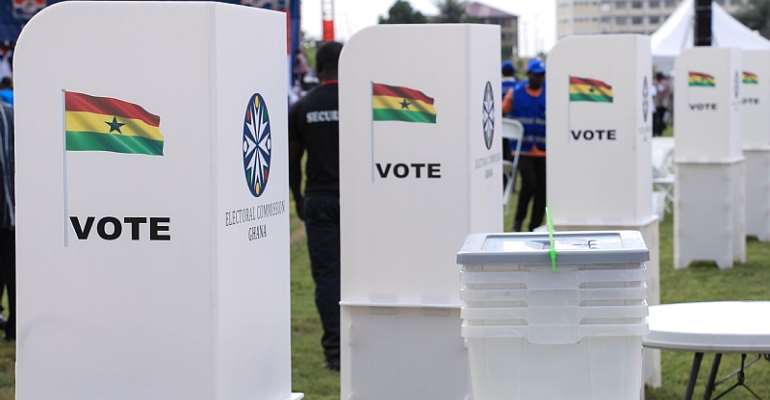 The months of August and September will be busy for the two major political parties (NPP and NDC) as processes begin for the election of representatives who will lead the parties in the 275 constituencies across the country.

The NDC has set August for their primaries while the NPP has set September 28th for same processes.

The 275 constituencies have been divided into two categories by the two political parties. There is the Orphan constituency and the Living.

For the NPP, Orphans Constituencies are areas without sitting NPP MPs. In all, 106 of these exist since they are seats occupied by NDC MPs.

The NDC also has 169 Orphan constituencies and extra work is needed to overturn the scores.

Internal party politics in Ghana is acrimonious and has always been. Thuggery, intimidation, blackmail and above all, votes buying, have been features of the process.

The NPP in September will select its candidates for the 109 orphan constituencies, and already the acrimony has begun.

Others include Executive Secretary of the Free Zones Authority (FZA) Michael Baarfi who has his eyes on the New Juabeng South seat. This will be a contest to watch, as he comes against the formidable Dr Osei Assibey, the Chairman of the Finance Committee of Parliament

The contest for the Yendi seat will be one to keep eyes on as three government appointees are chasing that slot.

National Service boss Mustapha Ussif has not hidden his ambition to go back to Parliament as he has filed his nomination to contest the Yagaba-Kubori slot.

Philip Addison, the lead Counsel for Nana Akufo-Addo and the NPP in the 2012 election petition case is contesting at the Korle-Clottey again after he lost in 2016 to the NDC's Zenetor Agyemang-Rawlings.

On the side of the NDC, we are told that former Deputy Communications Minister, Felix Kwakye Ofosu is eyeing the Abura-Asabu-Kwamankese seat.

The battle lines seem to have been drawn and a clear cut-out plan rolled out to win the primaries and subsequently annex the seats.

In the few weeks to come, we should expect a series of allegations of vote buying, intimidation and so on.

In 2015/16 when the NPP was selecting candidates for the various constituencies, we were told of how some aspirants were sharing cash among delegates and in some cases, free distribution of fridges, TV sets, etc.

In some cases, the trust between aspirants and delegates is tested as delegates are asked to swear an oath or to a deity that they will vote for particular candidates. This is often after they have received or collected cash or other items from the candidates.

Though it's unclear if these two incidents are linked to the upcoming primaries, many believe such things happen in politics and have not ruled out that possibility.

In these primaries, aspirants will be prepared to pay and pay more to win the hearts and votes of delegates. I have heard one of the aspirants telling the over 500 delegates in his constituency that he will be willing to pay each of them a thousand cedis (1,000GHC) to win the contest and I am very sure other aspirants are willing to pay same or higher.

The Center for Democratic Development (CDD) with support from the Westminster Foundation for Democracy in a recent report said at least, it costs a Member of Parliament eighty-six thousand dollars ($86,000) to secure a party's primary nomination to compete in parliamentary elections. This is just the primaries, the internal election.

The report also said it costs the aspirant between two hundred and three hundred thousand dollars to run a successful campaign to win a Parliamentary election.

Mind you, the annual salary of a sitting MP is just about fifty-one thousand dollars ($51,000) therefore, a successful election campaign on average, costs them the equivalent of the best part of their four years wages.

According to the report, they (MPs) painted a picture of an environment where male candidates outspend female ones; where the greatest costs incurred are by candidates standing in municipal areas where party primaries, particularly those of Ghana's two main political parties (the NDC and NPP), can be very expensive affairs; and where an ability to spend the most money is, by and large, a critical factor in successfully winning a seat in elected office.

Generally, it is said that expenditure for parliamentary election is higher than in party primaries, mainly due to the following

Politics in Ghana has been monetized to a very worrying extent, because, apart from the aspirants spending cash to campaign for votes he or she is expected to pay staff he is running the campaign with. Normally called the Campaign Team. He must ensure that they are well taken care of and made comfortable.

The aspirant is supposed to print T-Shirts, this comes in two folds. The first one for the primaries and the second for the Parliamentary elections. Meanwhile, he is also expected to print party paraphernalia for his supporters.

That's not all, marketing and visibility also play a major role. The aspirant must print posters, banners and in some cases mount huge billboards to announce his or her presence.

In an area where a local radio station exists, the aspirant is expected to run a series of radio adverts to drum home his message to the delegates.

Persons seeking to lead their political parties in their respective constituencies in these primaries should prepare themselves for the huge demands that will be made on them. The most demands on them during the party primaries are educational institutions in their constituencies asking for financial support. In a bid to win their hearts, these aspirants heed these demands.

I had the opportunity of accompanying an aspirant to three wedding engagements in 2015.

At all these ceremonies, he made personal donations of five hundred (500) Ghana cedis each amounting to a thousand five hundred (1500) cedis. The funerals and other social events he will be attending soon are yet to come.

An aspirant can never use his personal finances to run a campaign; you will go broke and be declared bankrupt if you fail to win. In the most advanced democracies, aspirants get support from friends, loved ones and party supporters. We are told of how Barack Obama raised millions of dollars to run the campaign that saw him elected Illinois senator and later US President.

In Ghana, political parties try to offer some support to their candidates in the various constituencies ahead of an election, but the amount given is nothing to write home about considering how much the aspirants spend personally. It gets worse if your party is in opposition. The amount given cannot event print 200 T-Shirts.

The current situation has made politics a preserve for the rich, because with the cost involved or associated with running a campaign, only those with deep pockets can run.

Civil Society groups like the CDD have expressed worry at the growing trend of 'monecracy' in Ghana's politics.

The fear is that if care is not taken, we may one day get a drug lord contesting as an MP because he had the finances to sail through the primaries and the main elections.

We need to initiate a national dialogue among political parties, the Electoral Commission and civil society to discuss the impact of money in politics. It also important that the EC and other relevant bodies enforce the existing political party finance legislation including efforts, through both formal and informal channels, to increase the transparency of election spending, requiring candidates and parties to be more open about the costs they incur.

Most importantly we need to go back to the discussion about state funding for political parties and greater engagement with citizens about the negative implications of making direct financial demands on aspirants.

If the aforementioned are done, I believe persons with fine ideas but shallow pockets can run a successful campaign, get elected and contribute to national development.

The writer, Sammi Wiafe, is a Broadcast Journalist with Citi FM and CITI TV