JymWrites: Dictatorship Could Be The Solution We Are Looking For, After Over 60 Years Of Democracy 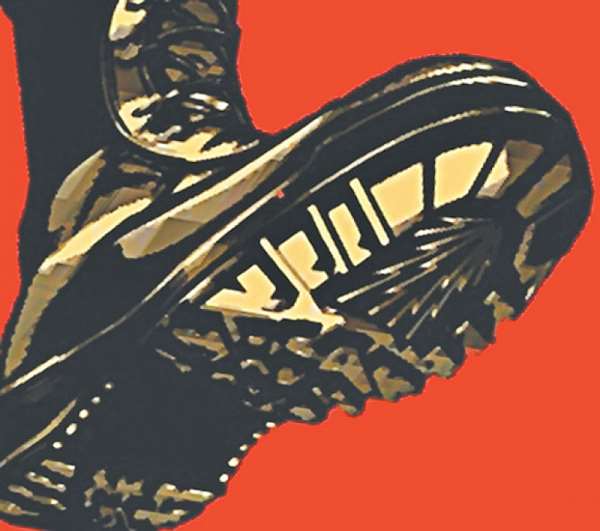 Democracy we say is a system of governance where policy makers are elected by the majority to serve in their interest. In simple terms, democracy is defined as a government by the people, for the people and of the people. Either directly involved in policy making or by electing representatives, the purpose of democracy is to serve the people’s interest by representing them in power.

And I think in Africa, we have confused and limited democracy to electing representatives and letting them do what they want and at the end of the day, they serve nobody’s interest excerpt their own. And I refuse to call this democracy.

The system of democracy in Africa at large is to elect representatives who come to power to serve their political interest and their stomachs and the result is seen in the retrogressive development we face as a continent. We watch our representatives struggle for power; using the whole terms they have in office to find ways to remain in office or win the next election with party politics putting the people who elected them last, which shouldn’t be so.

So I ask, is this system really helping us, or it is actually the reason we are still where we are. Taking Ghana for example, we have been in this system for over 60 years and we don’t even know if we are going backwards, forward or standing still. Elected representatives use the opportunity to make their lives better for over the 60 years we have been in this system. How do we call this democracy when the basic needs of the people are neglected?

An article by Tatenda Gwaambuka in 2016 stated that Gaddafi was a dictator but he also had a heart for his country and the world conveniently skips that part every time and I also find this to be true. He went on to say that even though the citizens don’t have the luxury to vote, Gaddafi made sure they had high standards of living. And what is the reason we all go to vote? Is it not to fight for a higher standard of living or reduce the cost of living? Compare that to what we have now called freedom and our standard of living, I would say I will rather go for a high standard of living for everyone rather than having our so called freedom which allows a group of people to become rich at the expense of others.

We take Rwanda also for an example, with tight restrictions on freedom of speech and political space which is resulting in solid economic development. Compare the Rwanda we have now to when they use to vote every seven years and after the genocide, which of the Rwanda’s is working for the people and which would you want to live in or run a business in?

We can talk about the abuse of freedom and it limitations but maybe that is exactly what we need as a continent. The too much freedom has eaten into our heads that heads of states instead of leveraging on this to build a better place are rather exploiting the masses. Why give so much freedom to a child when he is going to abuse it anyway?

If the democracy which is supposed to liberate us is rather putting us into slavery, why won’t we prefer a system that limits our freedom yet gives us the best, a higher standard of living, a reduced cost of living?

To me, democracy has been the enemy we have failed to notice. We keep voting, speaking freely and our countries continue to be in a mess, corruption is everywhere, bad roads everywhere, people dying because our hospitals lack the necessary equipment needed to save lives which should not be so, which to me is the abuse of human rights and freedom. Reason with me here, is this thing we call democracy worth all these? If countries like Rwanda are doing well under dictatorship and Libya has become worse after they killed Gaddafi just because he won’t allow a system that encourages people to play party politics and neglect their duties but rather maintain a one party system that gives the people what they deserve.

Again I say, democracy is our problem and I would rather accept someone who will give us the life we deserve rather having politicians who are ready to give up their responsibilities and stand for the benefits of their parties and stomachs. We have a club of authoritarian leaders who have an iron grip on power and are using this to represent their own interests against the interests of the people who elected them and the people are paying for it with their lives pointing us to the facts that either ways, we have no freedom and respect f or human rights. And there are countries making lemonade out of these lemons our generations have handed over to us.

Let put our emotions aside and think about this critically, it could be the answer we want. Thank you.