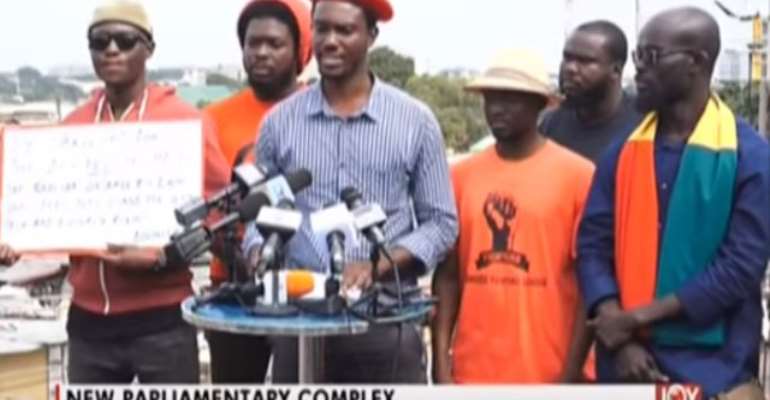 The tug line, #DropThatChamber campaign which went viral after parliament unveiled a model for the construction of a new parliament complete with conference rooms, a chapel, mosque and gardens.

A social media movement crystallised into a plan to march to Parliament on July 13 to petition parliament against its plans.

But about a week to the march, a hand few of Economic Fighters League members and their leader stormed the public gallery of parliament.

When the matter came up in parliament, they screamed their opposition. Ernest Yeboah, Abeiku Adams and another were dragged out of parliament, arrested and charged with offensive conduct.

He said Ghanaians have a tendency to ‘leave everything to God’ and Ernesto’s action helps to jostle a “docile” Ghanaian citizenry.

Prof. Gyampo, however, expressed worry, the political activist could go to the extent of breaking the law to achieve his ends. 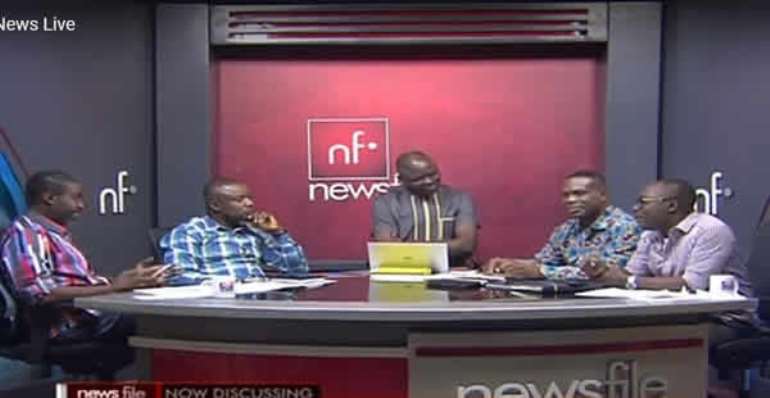 Lawyer Ace Ankomah said Mr Yeboah despite knowing the implications of breaching public laws “counted the cost and took up his cross.”

“He decided that the price to pay was worth the message he sent. To me that is it”

“I think he was quite restrained until he heard that tree thing,” he said.

Host of Newsfile Samson Lardy Anyenini who represents the political activists in court said after listening to them explain their actions, he was left impressed.

Mr Anyenini said, Ernesto thought through his actions and felt that there is a disconnect between the political class and the citizens such that “the only way they could listen was to make the point the way he made it”

“I listen to them and you could tell that as far as they are concerned, this is what it takes”, he recalled his encounter with then during which the protesters traced the progress chalked by civil disobedience.

NDC MP for Yapei Kusawgu Constituency, Northern Region, John Jinapor also added there is nothing wrong with the actions of the Economic Fighters League.