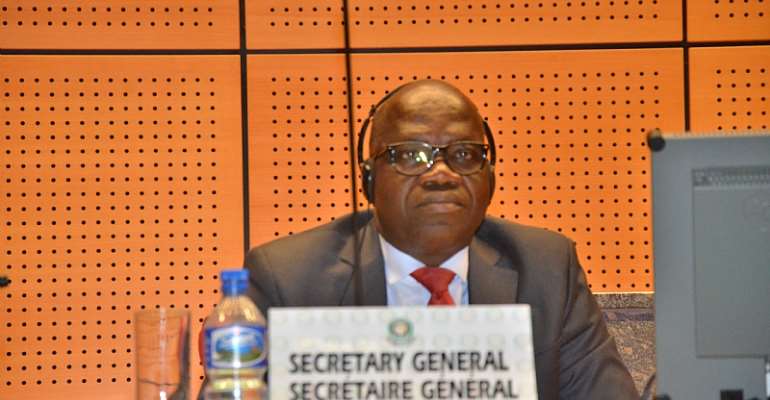 Secretary-General of the Economic Community of West African States (ECOWAS) Parliament, John Azumah, is advocating for a new capital for the Republic of Ghana to aid the sub-region integration process.

He pointed out that getting a new capital at Kintampo in the Brong-Ahafo region which would be a central point, with vast flat land would take the pressure away from the present capital Accra which is chocked and experiencing flooding with any heavy downpour.

“Despite the fact that it would take time to get new capital, we would have a new airport, railway network and again the new rail network fit into President Nana Akufo-Addo’s vision of building a rail network up to Burkina Faso and move up to Mali”.

As to what time frame should be given to the relocation of the new capital for the country, “we can say in the next five years, election is coming up next year, I keep insisting on the Presidents vision he put in his manifesto and despite all the criticisms he has to and is going to yield results”.

Mr. John Azumah further noted that, with the upcoming elections, the opposition National Democratic Congress (NDC), Peoples National Convention (PNC) Progressive Peoples Party (PPP) and the others should be thinking of getting a new capital and put it in their manifesto.

“Whoever comes to power should endeavor to start something there are so many ways of starting these things, especially involving the private sector, PPP must come in the infrastructural development”.

Again getting some of the infrastructures that would stat the capital, you would not build everything before you start, “no that is not the way to go there should be enabling environment by the government for the private sector to come in and take advantage”.

In addition, we can learn a lot from other countries with new capital if we have in-depth research on how some of these capitals have developed and political parties should be held by their manifesto moving in next year how they would solve some of the problems that Accra is facing.

“The next five to ten years, you would be surprised that we would have a modest start, but we would a modern capital that would take care of ECOWAS for the integration issues between the Anglophones, Francophone’s and Lusophone countries in the sub-region”.