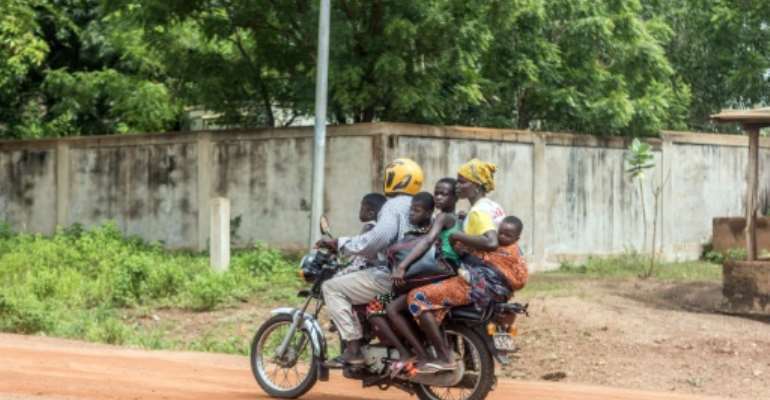 People have been fleeing the city of Save following days of unrest in the West African country of Benin. By Yanick Folly (AFP)

Benin security forces killed two protesters Saturday in the city of Save while breaking up a demonstration by people who erected barricades and blocked the national road for days, the mayor said.

This followed days of demonstrations over controversial April 28 parliamentary elections in the West African country.

"This morning, a contingent of the republican police came to clear the roadblocks," said Timothee Biaou, mayor of the central town of Save.

"Gunfire was exchanged between police and masked individuals. Seven civilians were taken to hospital and there were also two deaths."

A witness to the confrontation, who asked not to be named, also said two people were killed, one a motorbike taxi driver and the other a teenager.

"The road has been unblocked but it is total panic. Many people have fled, others are staying at home," said the witness.

One told AFP that two people were killed Friday but this could not be independently confirmed.

The region where protesters have amassed is the home base of former president Thomas Boni Yayi, an outspoken critic of the government.

The demonstrators demand the lifting of a police cordon around Boni Yayi's house in the country's economic capital Cotonou. He has been under effective house arrest since the polls.

The poll took place without any opposition candidate, and all 83 members of parliament come from the only two parties allowed to take part, both allied to President Patrice Talon.