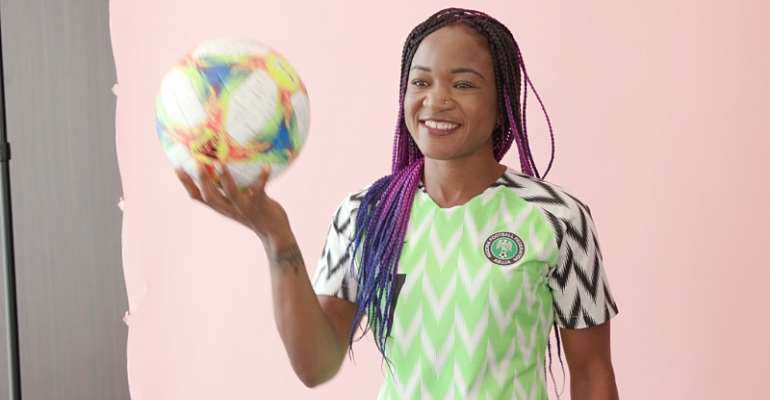 The two teams from two different continents in which the development of women's football are worlds apart will battle it out in their first match of the global competition that is set to be the biggest yet. Nigeria has strong attackers, but Norway plays a defensive game.

There is a festive mood at the Mercure Cathedral hotel in the northeastern French city of Reims, the country's champagne capital. The cause of the excitement is not champagne, but an official FIFA photoshoot with the 22 Nigerian players.

“This is my third World Cup. This year there is a lot of improvement in terms of sponsors, advertisement and marketing,” according to Nigerian striker Francisca Ordega minutes after swinging her purple hair extensions wildly for a photographer who was delighted by the 25-year-old's confidence in front of his lens.

The Nigerian women's kits are sponsored and supplied by Nike, as are the Norwegians and most other teams in the competition. But unlike the Nigerians, Norway is also sponsored by two companies listed on the Norwegian stock exchange; the telecoms giant Telenor and the country's biggest supplier of dairy products, Tine.

“I think more could be done to find us sponsorship,” laments Ordega who has played for teams on five different continents, including in the US where women footballers are revered as stars and some command six-figure salaries. Yet Ordega chose to leave the Washington Spirits in 2017 to play for the Chinese club Shanghai WFC.

Professional football
China is emerging as a destination of choice for an increasing number of African players. Four of the current Nigerian squad play in China, including the veteran defender Oneme Ebi who has played in four World Cup's. This will be her fifth. “I wasn't sure at first about going to China, but the financial incentives are what persuaded me.”

The highest concentration of Nigerian players outside Nigeria are in Sweden. Both Ordega and Ebi have played in the Scandinavian country, and five of the current squad play club football there. While salaries are comparable to that of a professional worker in Sweden, at around 50,000 Euros per year, international players are given considerably support to help them adapt to the culture.

The current coach of Nigeria, Thomas Dennerby hails from Sweden. The former policeman has worked hard to inject teamwork into the Nigerian's game. “They are tighter now than they were at the beginning of the year,” says Dennerby.

Norwegian soul-searching
Across the border in Norway there is just one Nigerian player, Rasheedat Ajibade. Norway has attracted far fewer women footballers that Sweden.

“You can't live from football in Norway, you have to do something on the side,” explains Emilie Nautnes, a 20-year-old Norwegian striker who combines her high school studies with playing with her club Arna Bjørnar and Norway's national team. “I hope that will change in a few years,” she adds.

Norway announced earlier this year that it would pay female players the same as the men when they play for their country. But that was too little too late for Ada Hegeberg, the winner of football's most prestigious prize, the Ballon d'Or. The 31-year old Norwegian who plays for the French and European champions Olympique Lyon, refuses to play for her native Norway citing inequality between the way the men's and women's teams are treated.

Despite the shortcomings of the Norwegian Football Federation it has managed to create leagues for girls from the age of six right across the country. There are also several mixed leagues, which is how Nautnes recognized the extent of her talent' “I played against boys from the age of ten and that helped me to become a better player.”

Preparing for war
Norway is likely to play a defensive game against Nigeria in Reims this Saturday. But Nautnes says she is hoping to score “lots of goals because Nigeria is quite weak in defense.” The Norwegians have analyzed several of Nigeria's qualifying games. They also film all their training sessions and watch them religiously as a team.

With the Nigerian players spread all over the globe, preparations for this World Cup have been more challenging. But coach Dennerby has managed to gather his players for two preparatory tournaments this year in Spain and again in Austria.

Nigerian attacker Ordega says, “she doesn't know much about Norway, but I know about myself and my teammates. It's a war, we are going for a war so we are well prepared.”

Whichever team wins the battle on Saturday, the war will by no means be over. They will face South Korea, ranked 14 and hosts France that are the fourth strongest team in the world.