A.B. Fuseini Only Knows How To Speak Big Proverbs, Show Him The Exit In 2020 – Former Staffer 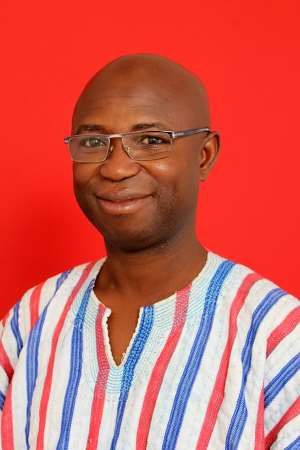 A former Presidential Staffer under the erstwhile John Agyekum Kufuor government and a Personal Assistant to the late Vice President of Ghana, Alhaji Aliu Mahama has asked the people of the Sagnarigu constituency in the Northern region to end the drought of development in the area.

Dr Abdul-Wahab Alhassan is asking the people to vote out the incumbent Member of Parliament, Alhaji A.B.A Fuseini in the 2020 parliamentary elections.

He believes the NDC Sagnarigu legislature has failed to mitigate the poverty levels of the constituents including when the opposition National Democratic Congress (NDC) was in government for eight years under which he (Mr. Fuseini) served as a Deputy Northern Regional Minister.

According to Dr Abdul-Wahab, the Sagnarigu lawmaker has failed woefully to deliver his promises, adding that: “he in particular, has not been able to show that he is for the people, he has only taken advantage of some unfortunate circumstances and giving a kind of language that put fear in the people; I want to change that chemistry, I will unite the people behind development.”

Alhaji Abdul-Wahab Alhassan made these statements in an exclusive interview when he organized Iftar party for NPP Electoral Area Coordinators in the Sagnarigu constituency to familiarize with the people and inform them of his intention to contest the upcoming parliamentary primaries of the party in the constituency.

He further explained that the people socioeconomic and infrastructure development needs are among his topmost priorities.

He observed that, for far too long, the inhabitants have been deprived of basic social amenities, job opportunities and access to quality education, this he blamed squarely on the poor leadership of the incumbent MP.

Meanwhile, some residents of Choggu Yapalsi, a suburb of the Sagnarigu constituency last year descended heavily on Alhaji A.B.A Fuseini for failing to ameliorate the plight of the people. They threatened to vote against him if he fails to fulfill his campaign promises, including the construction of major roads in the area.

A resident, Abdallah said: “Our MP who calls himself Tumalana is not deserving of the name, he is telling lies. He only knows how to speak proverbs anytime they are interviewing him or in Parliament, we didn’t send him to parliament to be speaking proverbs for us, we want him to work. A.B.A Fuseini has not done developmental thing in Sagnarigu.”

Undoubtedly, Dr Wahab is believed to be the game-changer among the few people who have already appeared in the scene to contest the Sagnarigu seat on the ticket of the governing New Patriotic Party. Many of the party’s activists including the electoral area coordinators and leading figures in the constituency have all acknowledge his prowess.

He is a professional Management Consultant and Public Policy Expert.