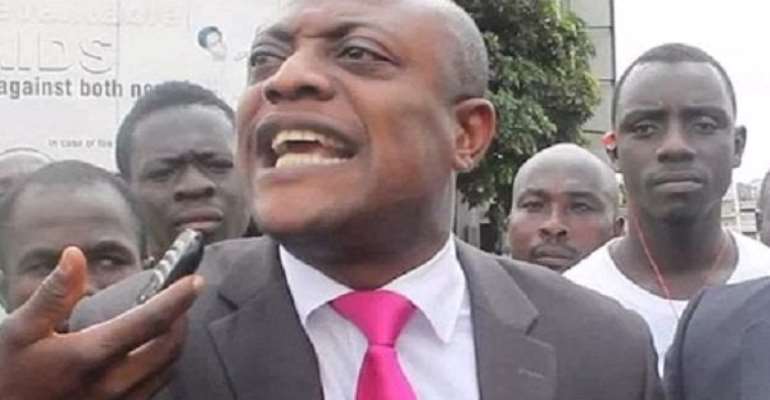 Private Legal Practitioner, Maurice Ampaw has called on President Akufo-Addo to set up a Committee to inquire into the brawl that marred the 20th Vodafone Ghana Music Awards (VGMAs).

According to the outspoken lawyer, government needs to probe the issue and sanction organizers of the event, Charterhouse for not putting in place proper security measures and endangering the lives of the many Ghanaians who were at the Dome.

"Charterhouse needs to be sanctioned from holding such an event for one or two years. I am calling on the Presidency to set up a Committee of inquiry and invite organizers, security agencies, and the two artists to tell their side of the story," he noted during an interview with Kwabena Antwi Boasiako on UTV's Late Night News on Thursday.

His comment was in response to the indefinite ban which was meted out on Shatta Wale and Stonebwoy for their engagement in the brawl which ensued on May 18 at the Vodafone Ghana Music Awards.

The VGMA board led by Amanzeba also stripped of the artists of all the awards they won at the event.

Maurice Ampaw who described the ban as being harsh said Charterhouse also needs to be blamed for their negligence.

"If Charterhouse had put in place proper security measures Shatta Wale wouldn't have been able to walk upstage whiles Stonebwoy was receiving his award," he noted.

Meanwhile, Charterhouse has defended itself stating that its security protocols were adequate.