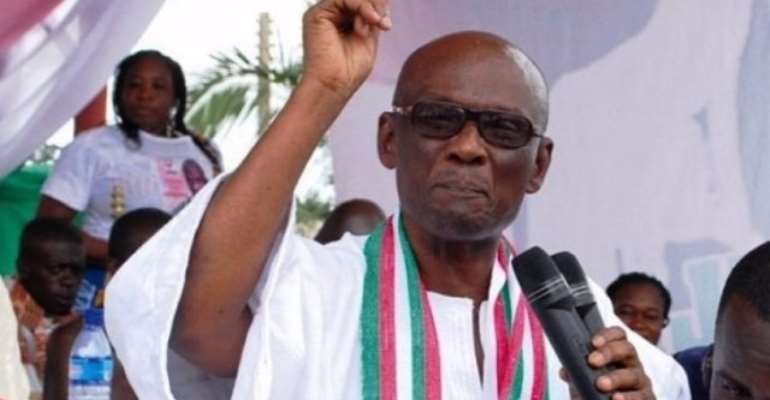 Hajia Ibrahim until her investiture as acting chairperson and leader of the CPP was the elected First Vice Chairperson of the party; and thus, automatically became the candidate to step into the vacancy created by the resignation of Prof Delle.

Stating the reason for Prof. Delle’s resignation, the statement indicated that he resigned from the chairmanship of the CPP following‘the ancestral call to lead his people as the Paramount Chief of the Nandom Traditional Area’.

As a result, the leadership of the party found it appropriate to appoint an acting chairperson in his stead, who would coordinate the activities of the party moving forward.

The party, therefore, congratulated Prof.Delle on his enskinment as Naa Prof. Edmund N. Delle Chiir VIII and wished him the best in his new leadership role, adding that, he would excel as the leader of his people and impact positively on Ghana as a whole.

If They Like, They Should Boycott The Voter Registration – J...
5 minutes ago