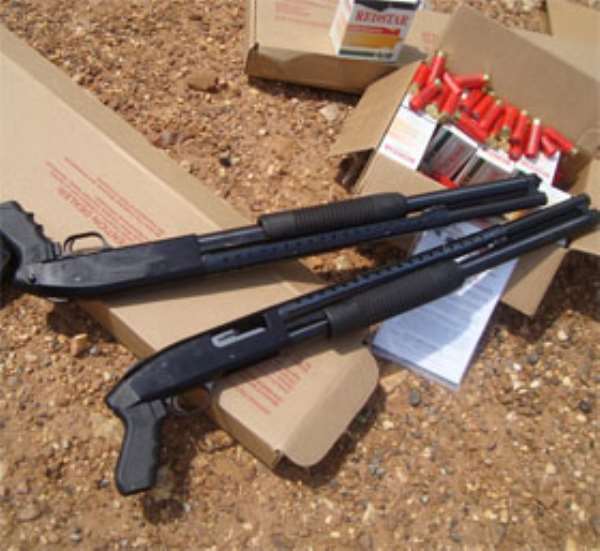 In Ghana, some researchers on gun laws have often cited the Magna Carter and the 2nd Amendment in the USA as a justification to support the claim that the right to bear arms in Ghana is an inherent fundamental human right?

The call to bear arms is very clear in both the Magna Carter- section 61 and the 2nd Amendment in the USA, and in both circumstances, this right was borne out of resisting perceived oppressive rulers at the time. I have quoted sections below for the benefit of readers:

Section 61 of the Magna Carter “provided that if the King( John)did not follow the provisions of charter, the Barons should have the right to correct the King by force until the King should begin to follow the articles of the charter. Thus the right to lawful revolution was born into the constitutional law of England.This is of major import because without the right to revolt there is less reason to preserve the right to bear arms’’

“A well regulated militia, being necessary to the security of a free state,the right of the people to keep and bear arm shall not be infringed”

It’s worth noting however that, the interpretation of the above has been debated by scholars, lawyers, lobbyists as well as politicians for several centuries.

Scholarship puts the Magna Carter around 1215 during the reign of King John of England, and the 2nd amendment around 1791- after the American revolution and independence from Great Britain around 1783, when the people felt the right to bear arms in defence of the state and persons, as in the USA, were extremely important so that no oppressive rulers will rise again nor invade.

It is arguable to say there was no military as organised/ complex as we know now and in fact in the USA the extent of the sense of self preservation and defence had never been greater where the militia were arguably partly a slave controlling tool so that no man invades to take away another man’s slaves.(Slaves were the personal property of their masters).

Fast forward to Ghana as a democracy,( where the people elect the rulers), where the rule of law exists, as well as a clearly defined law that upholds individual rights to fundamental freedoms including the rights to bear arms to protect the state in case of an uprising.

However the right to bear arms in self defence is not as clear and categorical as in for eg the 2nd amendment of the USA or clause 61 of the Magna carter.

The security and the protection of individuals rests with the police in any democracy (which , if any, may arguably have been with different features during the time of the Magna Carter and when the 2nd amendment was passed). The police draw state resources for this very reason to allow them to work effectively. Our sense of self preservation and self defence appear to have been borne out from the fear of armed robberies and ineffective security institutions. As sad as it may be, there is a sense of ‘let me take the law into my own hands to protect myself as the police won’t do anything’ even though the current government is committed to reforming the public sector in creating stronger institutions for now and the future.

I believe this is why one needs a permit to import , sell or own a firearm in Ghana and I see an urgent need for a constitutional clearance on this at some point in our future.

Part of protecting our young democracy is to regulate and monitor our gun laws in Ghana effectively and with more ECOWAS integration and the Ghana Government’s flagship 1D1F policy, as well as a potentially volatile political climate, the need for such a review has never been greater and must not be downplayed by all concerned.

We do not have to wait for a catastrophe before we act as it’s much better to be pro-active rather than re-active.

Now may not be the time to put income / profits from licensing fees and importation fees before safety, and to overlook the dangers of gun crimes in Ghana- we have oil: we only have to turn on our TVs to feel and notice the extent of devastation of gun crimes globally.

In this regard I suggest the following: