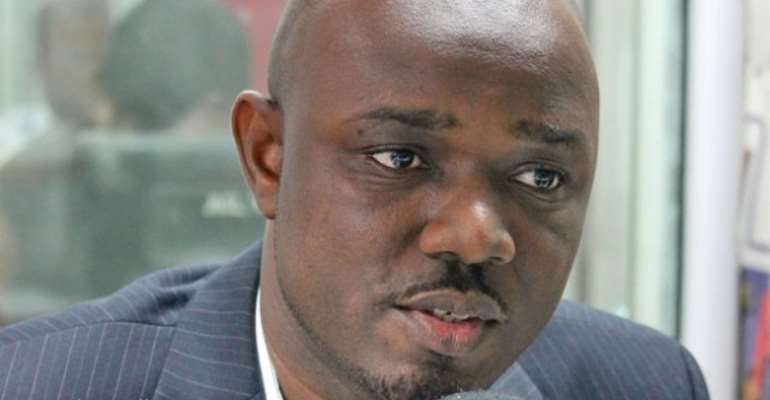 The Africa Centre for Energy Policy (ACEP) has stated that civil society organisations and think tanks must not be discouraged from asking the government questions.

ACEP maintains that IMANI Africa did nothing wrong by asking questions or seeking clarification on what they consider potential loss to the state in the Aker deal.

A press statement issued in Accra by ACEP and signed by its Executive Director, Mr Benjamin Boakye, however, stated that ACEP did not share the concerns of IMANI Africa on discussions on the Aker Energy and the interest of Ghana in the discoveries of the Deep Water Tano Cape Three Points ( DWT / CTP) block.

It also raised issues about what it considered as "the misrepresentation of the facts" by a former Chief Executive Officer (CEO) of the Ghana National Petroleum Corporation (GNPC), Mr Alex Mould, on the matter.

Referring to certain statements allegedly made by Mr Mould on the issue on News File, a current affairs programme on Joy FM last Saturday, and the fundamental issues that had shaped the DWT/CTP Petroleum Agreement (PA) to date, the statement said: "If someone with the clout of Mr Alex Mould, who for the better part of the Hess exploration campaign was the head of GNPC, misrepresents the facts, such misrepresentations cannot go unnoticed because of the potential to deepen misconceptions and miseducation."

The ACEP said it was tempted to believe that Mr Mould "is not seized with the facts, either in law or technical realities, that have shaped the interpretation of the PA.”

Explaining, the ACEP said the PA between Hess and Ghana was signed in 2006, effective July 17 of the same year.

The ACEP held the view that the entire block that was not needed for development of the discovered fields had to be relinquished post appraisal drilling, for a new PA that conformed to the new Petroleum Act, 2016 (Act 919).

It said on paper those making the argument that the initial seven-year exploration period had expired were right, but the ACEP could state authoritatively that Hess and later Aker had not been operating illegally for the past years in the contract,” it explained.

Explaining exploratory and appraisal in respect of Aker’s operations, the statement said appraisal was part of the exploration.

It added that in establishing the extent of the discovery, the contractor did not undertake the drilling of the wells in secrecy, but followed all the laid-down laws.

According to the ACEP, the GNPC negotiated for the purchase of 10 per cent commercial interest in the Hess block in 2014 for its subsidiary, EXPLORCO, when Hess decided to dispose of part of its interest in the block, adding that between 2014 and 2016 when Mr Mould was the head of the corporation, the GNPC could not pay for the negotiated interest.

The statement disagreed with Mr Mould that the GNPC could not pay because ITLOS had set in, explaining that other parties — Fuel Trade and Lukoil — paid for the interest they took at the same time.

The ACEP kicked against the acquisitions of commercial interest in petroleum blocks by agencies of state in the current state of the petroleum industry.

The ACEP said given its financial position, GNPC should be cautious about commercial commitments in petroleum blocks, especially when companies with deep pockets as Hess were exiting.

Extension of the PA

Pointing out that it was not out of place for a contractor to request an extension of petroleum agreement, the ACEP said it was rather the duty of the state to ensure that the extension requested merited consideration, and that was done through the appropriate forum.

"This is part of the reason why the PC exists to ensure that the decision of the minister is not capricious or adverse to the interest of the country. Beyond the PC, Parliament is also required to approve of extensions proposed by the contractor or the Minister," the statement posited

The ACEP said although Ghana owned petroleum resource in its jurisdiction, as long as private capital was required to make meaning of the resource, the government owed citizens a duty to be fair and firm in the interpretation of the laws and agreements.