My Final Letter To Nana Akufo-Addo 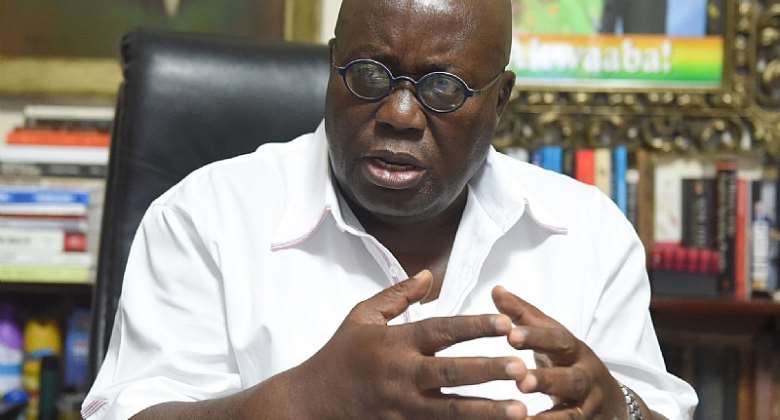 Today’s edition of Simpa Panyin is rooted in Ecclesiastes Chapter three versus one to eight. The Bible attempts to punctuate human happiness, and human suffering, with how time mediate our lives, putting a caveat in whatever situation we find ourselves.

The late highlife legend, Akwasi Ampofo Adjei, gave the most relevant example of the impermanency of human situations. He painted pictures of how he moved from being a teacher, to being a truck pusher, a lesson for humanity, that, time is of the essence through all the changing scenes of life.

Today I take a long bow out on Simpa Panyin. I don’t know when I will ever return, but my return might surely not be anytime soon, although I might once in a while contribute to national discourse. Writers are inspired, and I believe I might not be able to resist occasions when the ink in me decides to flow.

It’s been three years of a weekly creative storm, and an unending imperative to surprise my readers, even when I had no energy to do so. There have been too many reasons in the last few months for me to have suspended this column, but I have held on till now, for the same reasons for which the column should have been suspended. Today I just have to do the needful, to announce my departure, and leave the scene.

The column started with a weekly online satire. DailyGuide later took me to page four of their Thursday publications. I was initially doing 1,500 words per week, reducing it to 1,200 words a week as I gained more trust.

So my Wednesdays have religiously been devoted to looking for the most controversial issues to write about. My fasted writing time has been one hour thirty minutes (I don’t even know how I did it), and my most enduring writing time was twelve hours (when I wrote about President Robert Mugabe), with my typical duration being five hours. It has been exciting, frustrating, and fulfilling. I have enjoyed both the feedback, the results, and the insults; they all added to the experience.

I have ever had a situation where I found myself back at the airport nearly every week of the year. Yet I still had to read the news, and I still had to write. A number of my readers have often asked me this question; how do you find time to write? How I have found time and space to deliver Simpa Panyin is still something that makes me stand proud, of the gift God gave nature.

In a very recent trip to Australia, I left Ghana on Monday, and arrived in Sydney on Wednesday. I was supposed to go into a meeting two hours after arrival, and that meeting together with its attendant official dinner was supposed to last six hours. Simpa Panyin is supposed to touch on the most current issues, so I always have to read and listen to news. Under such a circumstance, how was I going to read all the news, to know and to describe how Charles Bissue, for instance, was captured in the video taking the galamsey bribe, and to have met the editor’s deadline of submitting a script before noon Wednesday?

I am not paid for writing this column. And I have never expected to be paid. But Daily Guide, the main publishers of the column have not found it worthy to even send a flower or a Christmas card, to acknowledge my presence in their paper. I am not into occasions, but I would have loved to know that Daily Guide was grateful for the amount of time I spent, and the creative time therein, in churning out articles every week. The only times I had heard something from Daily Guide has been when something had gone wrong, and the shocking thing is, they will not even inform me when, for whatever reason, they were unable to publish my script for the week.

Anyway, there is time for everything, and the time has brought me to a full cycle, from where I started to where I am ending. I started the column as a youth advocate, and quickly became the hardest critique of the John Mahama administration. I told volumes of stories of corruption and social injustices. I believed in Nana Addo, and thought he would be the messiah that Ghana was looking for.

What people don’t know is that I have always been Nana Addo boy. Even in President Kufuor’s presidency, I wished it was Nana Addo who was the president. We are both Gentlemen, from Legon Hall. We are both social justice activists, and we both preached free education.

So during the 2007 NPP presidential primaries when others were shouting Alan Cash, I was one of only a very few people in Winneba who stood by Nana Akufo-Addo. I had my own share of insults and rejection because I refused to follow the Alan train.

When Nana Addo won the election, it was all a dream come through. And when eventually he rolled out the free SHS program, and appointed the special prosecutor, I could not have asked for more. I thought that all those corrupt officials were going to go to jail, and that his government was going to be the cleanest ever in our history.

Do I still feel the same way? No! I no longer believe in Nana’s anti-corruption fight. I no longer believe in Nana’s social justice posture, especially with the level of impunity being flaunted. And my most disappointment has to do with the current state of the implementation of the Free SHS program, especially moving away from the promise of taking basic education up to SHS level, to now cutting SHS admission at aggregate 24. That is a total defeat of my ego, effectively handing the free secondary education to the rich.

But I have not only been deeply disappointed, I have been a victim of the very government that I supported. A victim of vindictiveness. A victim of power and money. I will not give details now, but I will go back to some excerpts of Ecclesiastes chapter three, verse five through to eight, we are given a certain hint, that there is time for everything; “a time to be silent and a time to speak; a time to love and a time to hate; a time to embrace and a time to refrain from embracing; and finally, a time to keep and a time to throw away”.

Can I still say this, that the battle is still the Lord’s?