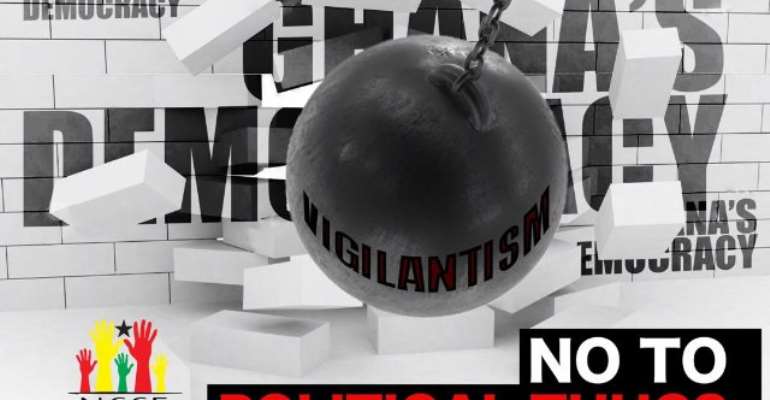 NCCE boss, Josephine Nkrumah officially launching the report and as part of its long term measures, the NCCE wants the two main political parties- National Democratic Congress (NDC) and New Patriotic Party (NPP)- to commit unconditionally to disbanding political party vigilante groups, as the country heads to the polls in 2020.

It also wants the Small Arms and Light Weapons Commission to embark on an exercise to retrieve all illegal arms in the possession of these vigilante groups.

Also, the NCCE is recommending for the bigwigs of political parties who sponsor militia groups, to withdraw their sponsorship and instead, channel that funding into sustainable employment avenues for the youth in these groups.