By Association of Liberian Journalists in the Americas 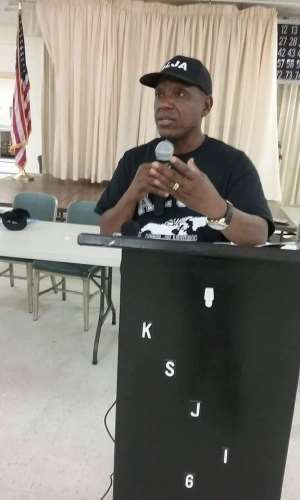 New Castle, Delaware- The Association of Liberian Journalists in the Americas (ALJA) says the recent wave of threats made against the Liberian media, especially the independent FrontPageAfrica (FPA) Newspaper by some senior officials of the ruling Coalition of Democratic Change (CDC) are unfortunate developments in the political governance of the country.

ALJA cited the pronouncements by Liberia’s Finance and Development Planning Minister, Samuel Tweah, that he would weaponize crusaders of the CDC to deal with what he calls “mistruth and falsehood” in the media, mainly FrontPageAfrica; and the Minister of State for Presidential Affairs, Nathaniel McGill, characterization of the Paper and the Liberian media as “criminal entities that are bent on tarnishing the reputations of people ” as some of the horrendous and anti-journalists comments that have been targeted at the Liberian media in recent times.

The Association in a press release issued on December 24, 2018, condemned in the strongest term the Ministers’ threats against the Paper and its publisher Rodney Sieh; and called on Liberians at home and abroad to join the resistance against pronouncements and political actions that are meant to cow the Liberian media into submission. ALJA says Ministers McGill and Tweah’s statements are meant to intimidate and silence the Liberian media, especially the acclaimed FrontPageAfrica Newspaper in the fight against the reported rampant corruption and the unfolding culture of impunity in the Weah administration.

Although ALJA says, Publisher Sieh and Liberian journalists are not saints in the execution of their professional duties, it supports their work, professionalism, resilience and commitment to the principles of good journalism, which puts Liberia’s national interest above individual or groups’ egos.

ALJA notes “If Ministers Tweah and McGill, and other public officials in the Weah administration feel aggrieved as a result of a particular news publication or broadcast by a media entity or journalist in Liberia, they should seek the appropriate legal recourse in remedying the situation instead of making anti-media pronouncements or resulting to actions that are reminiscent of Liberia’s ugly past”.

On December 17 and 20, 2018, FPA in separate publications linked Ministers Tweah and McGill to two alleged suspicious monetary transactions in the Liberian government. Then Minister McGill in a counter reaction to one of the publications distanced himself from the news report and threatened to institute a legal action against the Paper for what he called falsehood. Reportedly Minister McGill allegedly authorized the disbursement of US 182 thousand dollars to a purported non-existent US based company, Rocktown Tool and Equipment Corporation of New York.

According to FPA, the Liberian government is indebted to the company for the supply of a tower light valued at US 80 thousand dollars, suburban vehicle, US 14 thousand dollars, among other equipment delivered to the Ministry of State in 2003 during the administration of former President Charles Taylor. On December 19, 2018, the Paper again linked the Ministers to another ploy by a reported Sierra Leonean criminal, James Larmin Korboi, who attempted to transfer more than US 32 million dollars from the Liberian government’s bank account.

FPA reported Mr. Korboi was able to gain access to the government’s bank account after he was allegedly given the Liberian government’s swift code. The Sierra Leonean is reported to have convinced Minsters Tweah and McGill that he had over US 24 million dollars to invest in the George Weah led pro-poor government.

Meanwhile, ALJA says its attention has been drawn to a recent FrontPageAfrica Newspaper’s editorial which accused the Ministry of Finance and Development Planning of instituting an unwritten fiscal policy, which has allegedly declared advertising debts incurred by former President Johnson-Sirleaf’s administration as bad debts. As a result, the Paper claimed the Ministry has reportedly refused to pay media institutions that the Sirleaf administration was indebted to for advertisements.

ALJA says the report is troubling; and the alleged posture of the Finance Ministry in servicing legitimate debts owed media institutions by current and previous governments of Liberia including the Sirleaf administration is inimical to the advancement of press freedom in Liberia and the country’s nascent democracy.

The report, the Association says if credible, has the propensity of strangulating the growth and development of the Liberian media at a critical time like this when its role in national development remains indispensable. ALJA says it is incomprehensible for the Finance and Development Planning Ministry to reportedly adopt such punitive fiscal policy in servicing government’s debts owed the local media while at the same time authorizing the payment of thousands of dollars to a non-existent foreign company for services it claimed to have provided the Charles Taylor administration 15 years ago.

ALJA called on President Weah to intervene in the matter. The Association says it wants the report probed for an immediate resolution of the problem.