The Return Of Nakedness 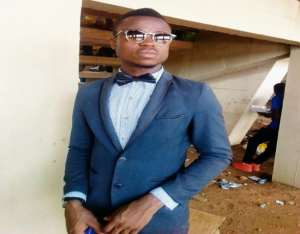 Have you ever taken one minute of your time to reflect on the pattern of dressing since the creation of mankind until today, and have you thought of how human dressing will look like in the future?

Today, I want us to reason together as parents, religious leaders, traditional leaders, political leaders, youth and future leaders of our dear planet EARTH.

For the purpose of this article dressing simply means putting on clothes or attire especially in order to make more appealing or acceptable. In communication, dressing is seen as a non verbal form of communication that gives visual impression of an individual. It is also obvious that the kind of dress one puts on or wears speakers more about the persons moral life, social status, cultural belongs, family background, and educational level among others.

Historically, covering of oneself started during the era of Adam and Eve. It is also believed that leafs and skin were predominantly used as clothes. But before the snake (serpent) lured Adam and Eve to eat the fruit of good and bad, knowledge and ‘shyness’ mankind was naked.

God then made them clothes out of skins which were a boost for modesty. Evidence about dress becomes plentiful only after humans began to live together in greater numbers in detached localities with well-defined social organizations, with refinements in art and culture, and with a written language.

Some hundred (100) years ago, men and women were neatly and decently dressed to showcase personal and family respect, moral teachings, cultural believes among others. In fact the indigenous cultural dressing was fully practiced until the invasion of western technology which gave ‘birth’ to the socio-cultural phenomenon called ‘FASHION’ in our modern times.

The socio-cultural phenomenon called "fashion," that is, styles being widely adopted for a limited period of time, was not part of dress in the ancient world.

Written records from ancient civilizations may also contribute to what is known about dress. Such records are often of limited usefulness because they use terminology that is unclear today. They may, however, shed light on cultural norms or attitudes and values individuals hold about aspects of dress such as its ability to show status or reveal personal idiosyncrasies.

One important point we should understand about biblical definition of nakedness is that, we sometimes get the idea that nakedness refers only to having no clothing at all. However, thus is neither true in the bible nor in English dictionary. Nakedness can simply mean ‘without conventional or usual clothing’.

Practically, the scriptures teachers that improperly covered bodies are still naked. This is interesting in an age when many outer garments do not cover as much as undergarments did a short time ago.

We are in an era where dressing naked has become a modesty and fashion, an era in which men and women especially women, do not value what is beneath them and so do they dress to expose them. We are in an era where women have taken over men dresses and the vice versa even though it is stated clearly in our holy books. “A woman shall not wear a man’s garment, nor shall a man put on a woman’s cloak, for whoever does these things is an abomination to the lord your God” (Deuteronomy 22:5) and god said so much shall be given to the chivalrous (self-sacrifice) male who would give a girl his coat on a cold night.

But why have we suddenly ignored our religious teachings on dressing? Just to elicit the lustful admiration of men?

Looking at our 21st century religious proliferation coupled with the qualifications of our modern day religious leaders, one would have thought that biblical teachings of the Holy Scriptures especially on dressing should have been warmly practiced but the inverse is what is happening now. How many of our modern day pastors and malams preach to their congregants on dressing and its moral implication? Are they not quotations in both the bible and Quran that spells out how we should dress as humans?

Are our traditional and political leaders not seeing the almost nakedness of their people? Are they afraid to enact laws that could regulate this anti-moral and social act? Have they analyzed the cost in dealing with crimes resulting from immoral dressing (rape cases, teenage pregnancies etc)? One practical implication of this is that public nudity today is not a return to innocence but rebellion against moral reality. God ordains clothes to witness to the glory we have lost, and it is added rebellion to throw them off.

Modesty for men and hijab for women- Islam is a complete code of life, each and every aspect of religion Islam is designed by our creator to lead happy and healthy communities by easing the path to eternal happiness in paradise forever. In religion, Islam Quran and sunnah have laid down some principles regarding the dress code of both men and women. Regarding dressing Allah Almighty says in holy Quran: “O children of Adam! Surely we have bestowed upon you a garment to cover your shame, as well as to be an adornment to you, and the garment of holiness is the best” (Quran, 7:26). From this verse of holy Quran, we came to know that dressing with modesty is very important for all of us. In a hadith, the messenger of Allah (PBUH) said: “whosoever dresses himself out of pride in this world, Allah will dress him/her with the same clothing on the day of Qiyamah and he/she will be entered into HELL” (Ibn Majah).

Now we have already crossed over to the more positive meaning of clothing that God had in his mind when he clothed Adam and Eve with animal skins. This was not only a witness to the glory we lost and a confession that we are not what we should be, but it is also a testimony that God himself would one day make us what we should be. God rejected their own self-clothing. Then he did it himself. He showed mercy with superior clothing.

The shyness diminishing marginal returns of human dressing is now decreasing at an increasing rate: thus man was coy at the early stages of creation, human shyness increased to a point (maximum), but as year’s passes by and with the invasion of technology, fashion and western culture, shyness is fast losing its social and moral values and will continue to diminish as the end time approaches. (Human Dress Pattern Theory) With a closer look at our modern dress trend, one could forecast that in the next hundred (100) years, man may entirely return to nakedness as it was during Adam and Eve era. This prediction, if materialized, may coincide with the holy scriptures quotations: “everyone comes naked from their mother’s womb, and as everyone comes, so they depart”( Ecclesiastes 5:15), “I left man mother’s womb naked, and I will return to God naked. The LORD has given and the Lord has taken. May the name of the lord be blessed”( Job 1:21)

In short, we should dress properly with dignity, respect, and modesty. May Allah guide us to dress properly according to the teachings of Islam and Christianity! Ameen.

MAY ALLAH BLESS YOU FOR READING AND SHARING
©2018
By: Amadu Abdul Hadi (geography lawyer)
Email:[email protected]