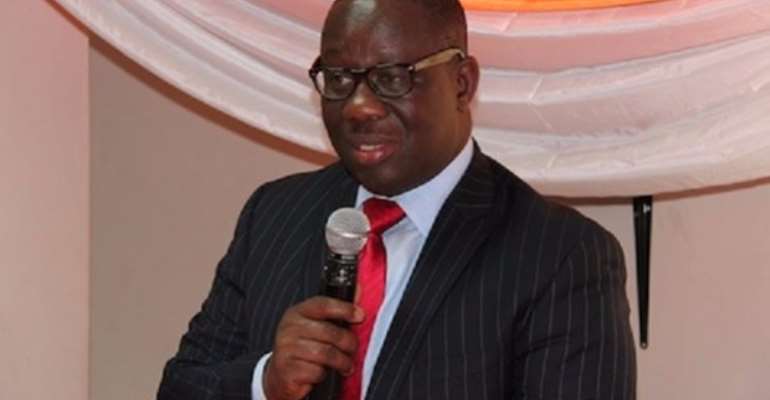 The counsel for the former Director-General of SSNIT, Ernest Thompson and four others, prayed the court Wednesday for more time to study the evidence the state intends to use against the accused persons.

Director of Public Prosecution, Yvonne Attakora Obuobisa, however, explained that the prosecution had filed the documents on September 24 at the Court's registry.

Trial Judge, Justice Henry Anthony Kwofie, who was shown copies of the evidence described it as "voluminous" and adjourned the case.

The matter follows investigations into the awarding of the controversial $72 million Operating Business Suite (OBS) contract for the development of a software to help SSNIT in its dealings with the pensioners. The amount involved in the contract was initially $34 million but it later ballooned.

Ernest Thompson has since been charged with 29 charges including conspiracy to wilfully cause financial loss to the state.

The other charges include, wilfully causing financial to the state, defrauding by false pretence, contravention of Public Procurement Act, possession of forged documents, authoring forged documents among others.

The other officials who have been charged alongside Mr Thompson are former head of IT Department, Caleb Kwaku Afaglo; former OBS project manager, John Hagan Mensah and Juliet Hasana Kramah of IT Company Perfect Business Systems as well as Peter Hayibor the former General Counsel of SSNIT.

Director-General of SSNIT, Dr John Kojo Ofori Tenkorang in August 2017 told Joy News, the entire OBS was not functioning despite the huge money spent on it.

He said the non-functioning of the software was due to alterations made on it and some legal regime regulating their operations.

But his predecessor, Ernest Thompson, dismissed the claim saying, he was aware only one module had challenges.