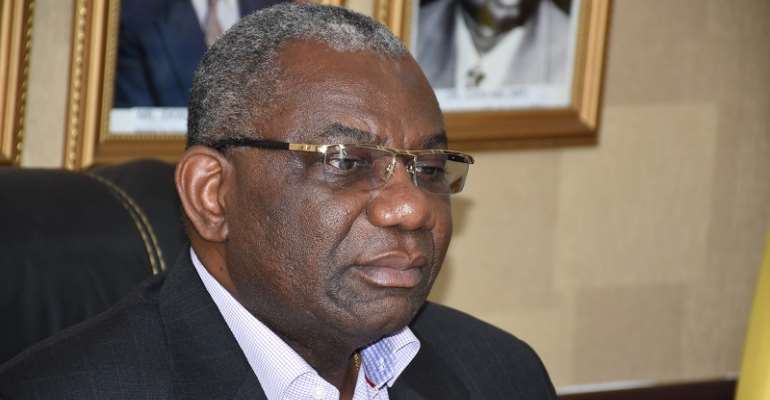 I think it is too early for those who would like to jubilate and commend President Akufo Addo over the sacking of the Energy Minister, Boakye Agyaako on the controversial Novation and Amendment AMERI deal to do so as there is more to the matter than meet the eye.

The President, we are told claimed was misled in issuing an Executive Order for the new AMERI deal which the Minority in Parliament rejected.

Considering the interview Ministry of Energy’s Communications Director and a virtual confidant of the Minister, Nana Damoah granted Starr fm, he couldn’t have pushed back claims that the President was misled if he was not certain.

According to him, the President granted the approval after fully appreciating the details of the new agreement, stating: “I think that what happened was that there were deliberate attempts from certain quarters to misinform the public and to cause disaffection for the Ministry and the Energy Minister.”

Further making the point that there is more involvement on the matter, Nana Damoah took to his Facebook page to state “It’s time for the emails. Let’s play. He is to blame abi? He did it alone right? Ok?” The aftermath of the above led to death threats on Nana Damoah’s life from one Herbert Krapah, a lackey who claimed the former was maligning his boss, Gabby Okyere Darko. The rest of that matter is in the hands of East Legon Police.

Very reliable sources close to Boakye Agyaako revealed that when the Chief of Staff issued the order on Monday asking him to resign within a week or get sacked, he indicated his preference to be sacked; explaining that choosing to resign would mean he is guilty of a crime.

Boakye Agyaako’s position was reinforced the morning after the sack with a Tweet that “when the dust settles, my side would be heard. Thank you.”

The irony of the matter, however, Boakye Agyaako’s Ashongnman residence, since the evening of the sack and on hourly basis is inundated with vehicles of Government officials and high profile personalities of our society.

Boakye Agyaako and Gabby Okyere Darko were good friends but the relationship became frosty and one of the reasons accounting for that is the fact that the latter felt the former’s presidential ambition is getting in the way.

Gabby two weeks ago wrote on his Facebook wall “If you are a Minister, or any appointee for that matter with a greater ambition, please learn from Akufo-Addo when he was in your position. He focused on delivering on the work assigned to him by the President. He would not be distracted. He did not let his ambition get in the way of his job; not even how to fund his future campaign. Be loyal and committed to the mandate you have today. Let the success of the government you are a big part of today be the only thing that matters today. Guard and Guide your integrity as if it is your only source of oxygen. When the time comes the party will remember you and your ethics and reward you for the services rendered to the government when you were gifted the opportunity to serve.”

The above post directed at the Minister, I am reliably told was over the Minister’s decision to grant Gabby and Bumpty [President Akufo Addo’s brother] limited number of oil wells from Ghana’s oil fields, handing over the majority to businessmen, a move Gabby sees as an attempt by Boakye Agyaako to build a war chest towards his presidential ambition at their expense.

Gabby since then has been looking for means to get rid of Boakye Agyaako as the stinking AMERI deal saga proves opportune. President Akufo Addo himself we were told was reluctant to sack the Minister, perhaps because of the complicity.

But then, in the midst of the brouhaha, comrade Wisdom Peter Awuku all the way from India has lightened the atmosphere with a remix verse of a popular Xmas carol which goes like “we wish you AMERI Christmas and happy MISLED.”

But beyond the AMERI saga, some are asking what else was President Akufo Addo misled on?

Implementation of One District One factory? Building a solid economy?