Why Europe And America Still Want Africa After Colonization? 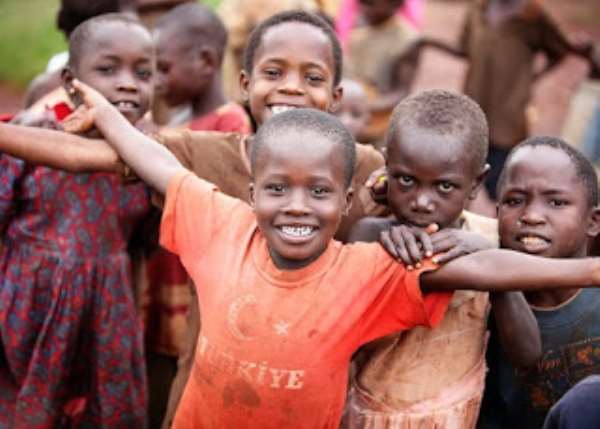 "Sir Richard Branson, the English business magnate, investor, philanthropist and the founder of Virgin Group of companies, is the right person to tell the world why he has invested so much in Africa. One of the sincere business men proud of Africa"

Europe and America can’t praise Africa because they are like the ungrateful slave master who never appreciates whatever his slave does for him, yet they know that without the slave they are bound to face many obstacles without a solution.

America and Europe had depended heavily on Africa’s raw materials, mineral resources and treasures, before independent swept through Africa, leaving many European countries miserable because they weren’t ready yet to let Africa go.

It was the most painful period for Western Europe when countries like Ghana, Congo, Guinea etc, had independence. Till this day, they feel that pain thus, there is a reason to target the continent of Africa to make the inhabitants miserable.

Just seven months after taking office on the direct orders of the US, Belgium, and Britain, the newly elected prime minister of Congo, Patrice Lumumba was brutally murdered and since Kwame Nkrumah of Ghana helped Lumumba, he was deposed in a coup masterminded by the CIA.

France went mad to the extent that they took away everything they had including the furniture from the State House in Guinea to France, leaving the newly elected Guinean leader Ahmed Sekou Touré completely handicap.

In history, America and Europe will not say that Africa’s rich mineral resources played a significant role in our economy and development, instead, the media will write “Africa is a continent of poverty, illiteracy, and crime.” Thank you.

However, whatever transpired in Africa, after Belgium, Britain, and France lost their colonies is what we are witnessing today as medical crimes in Africa. Questions to answer: Why Aids killing Africans in South Africa, Zimbabwe, Uganda etc? Because both the Netherlands and the British were in South Africa and the British were in Zimbabwe, Uganda etc.

The Pasteur Institute of France also inflicted deadly diseases including Aids and Ebola on Africans. To the Western Europe and America, Africa deserves it because they have lost their colonies on the continent of Africa. Even though America had no colony in Africa, interfering in African politics was their priority, just like today.

Despite all that was stolen from Africa, because of greed they weren’t satisfied. They couldn’t sleep peacefully, always finding a way to get Africa back. Something which never happened again. People are dying of Aids every day without remedy, yet they asking our leaders to legalize same-sex marriage. Crazy bastards!

When it comes to crime the, assassination of African leaders and the truth over Aids, Ebola and Lassa fever medical crimes in Africa, European and American journalists suffer the dumb syndrome, which affects both hands and pen to write the truth.

There is no doubt that Europe and America are still interested in Africa. The two continents are completely exhausted with depreciating economies. Many have lost their jobs and life becoming difficult every day and without any doubt getting hold of some of our resources will revamp their economy.

But not this time. Europe and America will not get even one percent of Africa’s treasures because they have abused their trusts. Even the uneducated African in the remotest part of Africa is now aware that Aids and Ebola were bio-weapons against Africa, despite some claiming that they are cursed by God.

If their intentions were to depopulate the continent to steal our resources, it’s not going to happen, because they can’t kill all of us.

These are some of the reasons we often hear of military coups in Africa because the civilians and the military get sick and tired watching corrupt African leaders in power collaborating with the corrupt European and American leaders.

Africans have learned in a very hard way at the hands of Europe and America. That hard lessons are now our surviving tools. Africa has survived slavery, colonial aggression, Apartheid and man-made diseases such as Aids and Ebola.

The important question left for Europe and America to answer is: How will they cope with the calamities that Africans have gone through and survived should in case it happens to them?

Perfidious Asiedu Nketiah and Ofosu Ampofo are imposters in ...
52 minutes ago