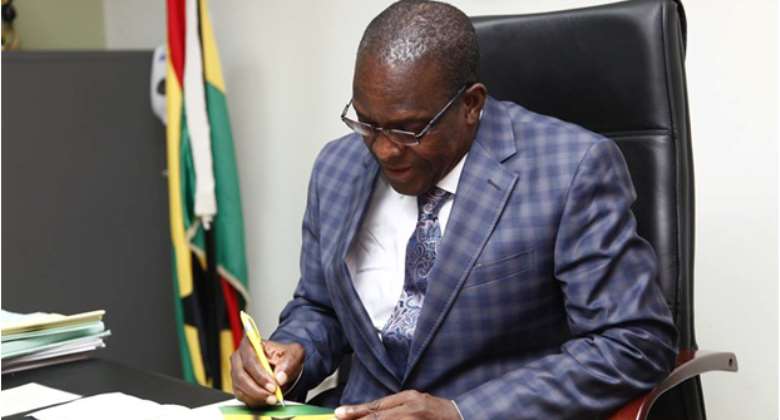 Presidential hopeful of the opposition National Democratic Congress (NDC), veteran parliamentarian and legislator for Nadowli West, Hon. Alban Bagbin, has revived the debate for the legalization of Marijuana, otherwise known as Weed or Ganja.

According to Hon. Alban Bagbin, the use of Marijuana would be legal should he become the next president of Ghana since the herb have proven to be medically beneficial to society.

The legislator was speaking in an exclusive interview with Blakk Rasta on the weekday drive time Taxi Driver Show on Zylofon FM 102.1 Living Stereo.

Sharing thoughts on his ambitions and intention to lead the NDC in the 2020 General Elections, he said the party has not recovered till date from some terrible and unpardonable mistakes former President John Mahama made during his term of office.

"Mahama made terrible mistakes in his government and does not make a good choice for NDC anymore. I told him personally all that while he was still president but he never listened," Mr. Bagbin stated.

He went on to add that he does not regret speaking the truth any time with regards to his utterances.

"I always stand for the truth and still stand by the claims that the Ghana parliament is full of bribery and corruption. This is true because I was privy to some of these meetings where MPs were bribed."

When Blakk Rasta pushed further to ask whether he has ever taken bribes before, Alban Bagbin was quick to respond that he has never taken bribe all his life and he never will.

Alban Bagbin holds an Executive Masters in Governance and Leadership from the Ghana Institute of Management and Public Administration (GIMPA).

Ghana confident of closing balance of payment deficit as NTE...
10 hours ago