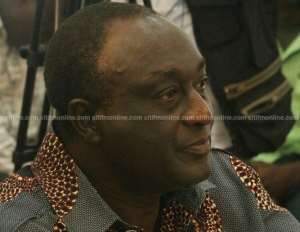 President Nana Akufo-Addo has summoned the Trade and Industry Minister, Alan Kyeremanten, over the allegations that his ministry charged expatriates between $25,000 and $100,000 to enable them to sit close to the President at an awards ceremony.

The President is seeking full disclosure on the matter and has given the Minister until 5 pm today [Wednesday] to report to him.

The Ministry of Trade and Industry has already dissociated itself from these allegations which first came from the Minority Chief Whip, Muntaka Mubarak.

The Trade Ministry, in a statement , said it played no role in determining prices for seats at the event and clarified that it only facilitated the implementation of a new initiative by the Millennium Excellence Foundation.

It also said the foundation was to take that responsibility for the organisation of the event.