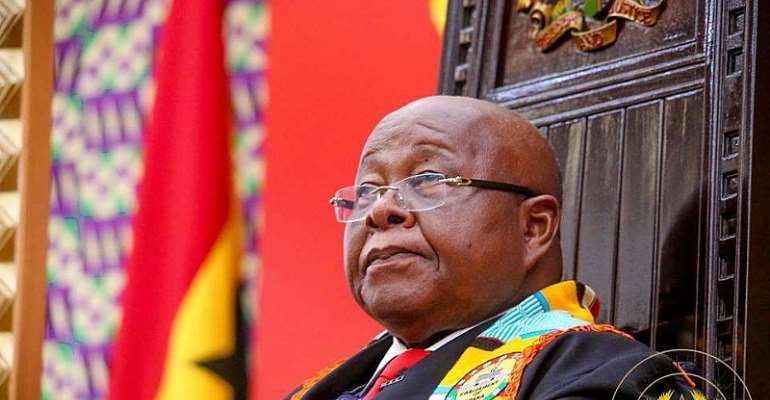 For the second time in less than two months, the Speaker of Parliament has been compelled to suspend sitting because of poor attendance.

The October 31 sitting was suspended after only seven MPs showed up for work in the 275-strong parliament.

At December 18 sitting, only 18 MPs were present when the Speaker, Prof Mike Oquaye signalled the start of proceedings after 10 am.

Standing Order 48, requires that a third of MPs be present before Parliament could consider any issue.

The suspension meant a decision on 27 items in the budget was also postponed.

The low attendance from the Majority NPP was blamed on the NPP Extraordinary Delegates Congress held last Sunday.

Minority Chief Whip Muntaka Mohammed who spoke while the bell rang, calling on MPs to report in the chamber, said Parliament has only a week's sitting to rise for the Christmas break.

He expressed fears that Parliament may be forced to sit late into the night to conduct government business if it does not maximise its official working hours.

He said it would be "punishment" for punctual MPs to have to sit into the night to make up for the working hours wasted because Parliamentary sittings had to be suspended due to poor attendance.

"We are in a difficult moment. This is the last week that we have and we have to finish all the business", he said.

Muntaka Mohammed who is also Asawase NDC MP pleaded with the Majority NPP MPs in particular to prioritize sittings. "The Majority should do well to get their members"

But after deputy Majority leader Adwoa Safo pointed to a near-empty Minority side, Muntaka Mohammed explained, it is in the bigger interest of MPs from the governing party to attend sittings.

"They should know that even though the work is for all of us, the onus lies most on the Majority because most of the ministers are coming from that end", he said.