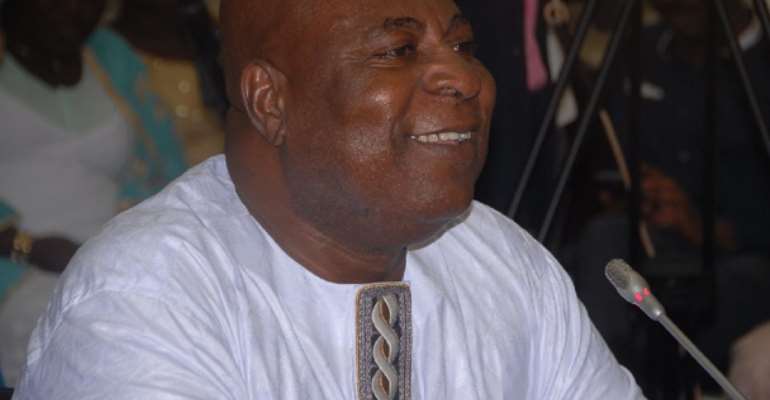 The Greater Accra Regional Minister, Ishmael Ashitey, has set his sights on ensuring the arrest of chiefs who illegally sell lands and hire land guards to terrorise legitimate land owners.

This, he said, will bring an end to the unlawful acts of the land guards, many of whom are believed to have been hired by the traditional rulers to intimidate individuals who have rightfully purchased the lands.

Cases of land guards terrorizing residents have risen in recent times in and around the capital.

A security expert, Dr. Kwesi Aning, accused the Police of not exhibiting enough seriousness in dealing with the menace.

The Police Administration has since responded to the growing concerns with operations to clamp down on land guard activities in the Greater Accra Region, which have resulted in over 60 arrests since October.

Speaking to Citi News, Mr. Ashitey said the police are up to the task to end the land guard menace within the region, beginning with a crackdown on the financiers of their operations.

“I think nowadays, they have started arresting them. They arrest the land guards and then they point to who are their paymasters. It is working. The regional commander is working on it,” the Minister said.

Job creation to curb menace
When he was nominated as Greater Accra Regional Minister, Mr. Ashitey had pledged to ensure the creation of jobs for the youth to keep them from engaging in illegal activities.

He reiterated his commitment to ensuring that the youth in the region get jobs, insisting that this would ensure they are not exploited.

“People are taking advantage of these young men because they do not have jobs. That is why I am so happy with the one district, one factory policy. When we are able to give these people gainful employment, I think we will be able to reduce this land guard menace,” he said at the time.