Soweto, The Mzansi I Saw 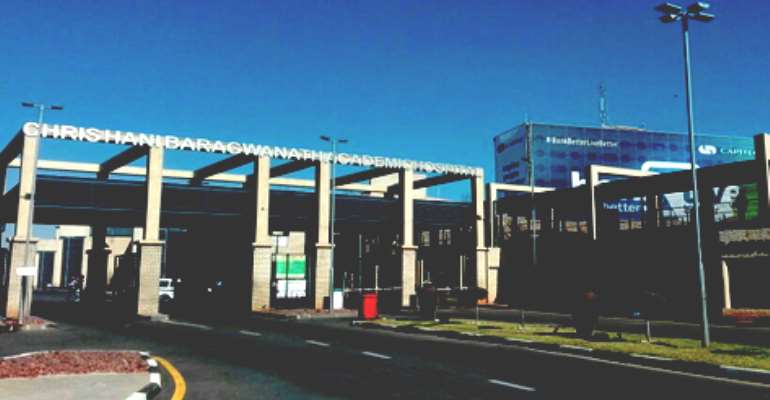 On the 11th of December 2016, the sun seemed to be smiling for the last time in Mzansibefore it goes to shine in other countries on its routine errands across the globe and the street lights took over the candle of the land to ensure that man and his environment were in constant gaze.

Street lights hugged, hand shook and waved at fellow beaming lights from vehicles and buildings all the way to showcase the beauty of man’s invention and assure us of beautiful moments ahead as the taxi weaved its way into Soweto from Johannesburg City Centre.

Interestingly, way long into Soweto, I was still anxious to see Soweto for the first time since from the stories that I had heard about it, in my mind the whole of Soweto was painted as a slum compound laden with stinking poverty and yet what I was seeing was a beautiful modern terrain enveloped in suburban ambience.

While still musing on the gulf of differences between what Soweto was said to be and what itself was really showing me, the taxi turned right off Chris Hani Road at Mangalani Service Station in Chiawelo and a few moments later we dropped off and headed home.

My brother welcomed us home as his wife who came to fetch me from park Station in town opened the door and the warm air from the electric heater fought away the cold that had accompanied us into the house from the drizzly December weather which was marauding outside.

This day marked my first encounter, interest and love at first sight with the beautiful Soweto, an encounter which can be summarised in the poem below.

To some, it may be just a township
Yes, the South Western Township from where its name comes from

Moving around Soweto, I could see enterprising fellows from

Yes, here and there, there is this and that which could not be right

But truth be said, there is no human inhabited place which is perfect

Yes, from a quick glance, Soweto may be a poor community of Mzansi

But truth be told, comparatively, the world over, Soweto surely stands out

The roads, shopping malls as well as medical and sports facilities makes it beautiful

It has its own peace that even xenophobia couldn’t cheat

Indeed, Soweto is a unique place that can accept you even if you didn’t expect

Yes, that is Soweto, the Mzansi that I saw

From my Soweto experience, now I know that your own eyes are like paint from which you can create better images and stories of and about the world than what you have been told even by the best of story tellers.

Brian Kazungu is an Author and a Travelling Freelance Journalist.