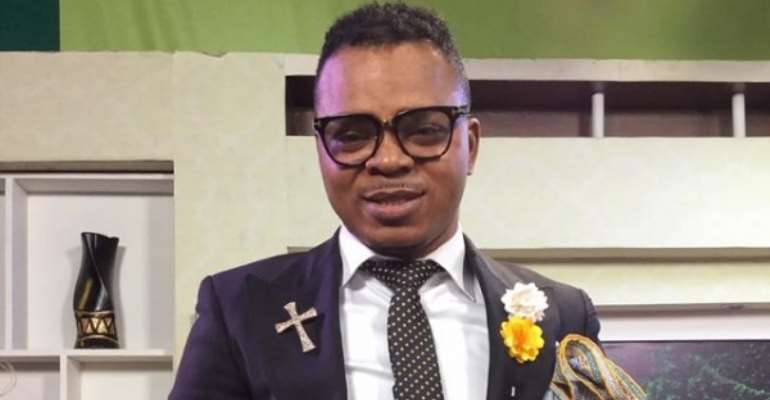 The judge, Mrs. Abena Oppong Adjin-Doku, said the complainant and the private legal practitioner Irene Aborchie should not leave the court's premises at the same time.

The judge ruled that after every court sitting, the complainant would leave the court five minutes before Obinim and his two pastors also do so.

The order from the judge is an attempt to avert the reoccurrence of a near clash at the court last week.

Irene claimed Obinim told her in Twi at the last sitting when leaving the court that “I will deal with you spiritually, Nkwaseasem! Nkwaseasm! 'Nonsense! Nonsense.'

Ralph Poku Adusei, lawyer for the embattled man of God, said his client did not start the 'near brawl.'

Lawyer Poku-Adusei said it was the complainant (Irene), who shouted on top of her voice against the accused during the exchanges.

According to him, the act by the complainant was disgraceful and as a lawyer he would take action against her.

The complainant said, “I am a professional and I don't need to take my case to the street.”

Mrs. Adjin-Doku, wondering who was truthful to the court, asked, “So who started it? None of you did…”

She added, “Let it not be repeated, advise your clients…”

The judge suggested that after proceedings in court, there should be five minutes interval for the complainant and Obinim, together with the other accused persons, to depart.

Concluding her cross-examination, the complainant admitted that she had never stepped into any branch of the God's Way International Church.

Bishop Obinim, who prefers to be called Angel Obinim, is in court for unlawfully and physically abusing one Elliasu Obinim, 16 and Gyesiwaah Obinim, 14 – his adopted children – before his congregation for engaging in fornication.

Bishop Obinim is in the dock with his two other pastors – Kingsley Baah and Solomon Abraham – who had been charged for abetting their senior pastor to abuse the two victims.

Meanwhile, the prosecution is set to present its next witness in the case.

Hearing continues on April 27, 2017.
The accused persons are currently on a GH¢10,000 bail each with one surety, one to be justified.