On Writing: The Art, Philosophy, And Its Business — A Message From The Sirclecomm Boss 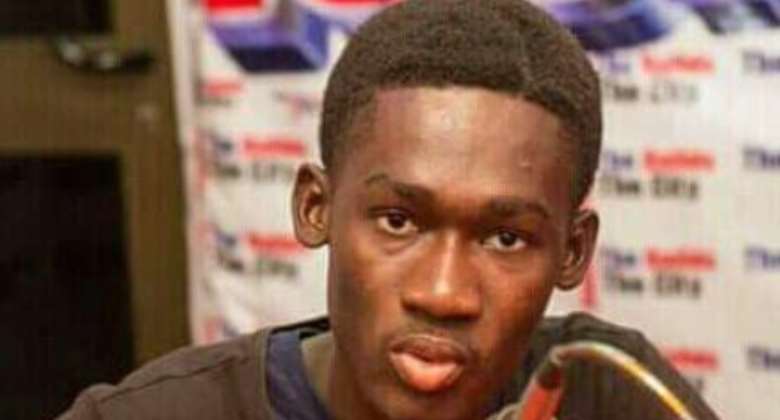 I wish I could publish a whole book on this topic and with the above title. You know why? I actually have a gazillion things to talk about regarding writing, particularly its art, philosophy and business. That is what Sircle Communications, the start-up writing firm I founded, stands for. Well, everybody knows I am a writer — of course, a really rare one. The editor of my first book had the following to say in his foreword: "Allan K. Buah (Sir Article) is a budding writer and a seeker after excellence... It is, therefore, not surprising that he has had to cut short his university education in order to pursue his passion for writing. The fact that he has over three hundred articles published to his credit, all written with a mobile phone, as he neither had a desktop nor laptop computer, speaks volumes of his passion and determination to defy the odds to succeed in his writing career."

Alright, writing is an art; it is a creative activity that requires the expression of a person's creative skill. The elements of writing include theme, organisation, content, diction, punctuation, and the like. My incredible experience — as a highly prolific yet very young writer — has shown that punctuation largely differentiates mediocre writers from excellent writers. I assess a writer's work, firstly, by his punctuations because everyone can write but few people can punctuate excellently. Mechanical accuracy, therefore, is the prime priority of every excellent writer — everything else is secondary. Besides, there is nothing like absolute perfection in writing, and a fully perfect writing is an illusion. Stephen King, in his book 'On Writing: A Memoir of the Craft,' wrote that, "...for all have sinned and fallen short of editorial perfection." However, writers of excellence like me strive for perfectionism and not perfection; they are perfectionists and never perfect.

To prove this, I would say I wrote many articles and constantly improved until I reached the level of excellence not long ago. I have written about 400 pieces now; about 50 recent write-ups have a touch of excellence, and the rest are technically mediocre. When I discovered my talent of writing and began to practise it, I fancied mere expressions for a very long time out of technical ignorance of the craft. Many budding writers abide by such an illusive thinking too. But as I advanced in the art of writing through smartness and discipline, I realised that writing goes far beyond fanciful expressions. And in fact, expression is no proof of a great writing; organisation even outweighs expression. Let me now assert that not anyone who writes is a writer. After all, not all bloggers are and can become true writers.

Also, "[As a writer], you learn best by reading a lot and writing a lot, and the most valuable lessons of all are the ones you teach yourself" (King, 1999). It is a popular misconception that a writer can only be the best only if he is academically inclined. No wonder, my critics have undermined my writing potential, simply because I rejected academia in my writing career as a university dropout learning and practising on my own. No one dares gainsay the fact that being schooled in writing at a higher learning institution will make one a well equipped writer. What folks fail to realise is that acquiring a tertiary education in writing limits creative writing abilities and teaches a writer the rules, conventions, and practices. The rare writers in the world such as Richard Branson rose above those school-bound limitations and practised their crafts in entirely different, unusual, new and special ways.

Remember, the laws in the art of writing taught in schools are universally binding — the philosophy of writing is not. Every writer has his own writing philosophy, and every writer has his own style. Sadly, the philosophy and style of many writers are heavily influenced by general standards in literature. In Ghana especially, many young writers shy away from demonstrating pride in their writings because they would be branded as proud, cocky or arrogant writers. So their style of writing is basically self-effacing, modest and diffident. But my kind of writing is at variance with societal expectations and a departure from the literary norm, because I am a freakish and self-aggrandising writer. The reason is simple: I value brand positioning as a writing entrepreneur. Again, a writer's writing philosophy must be supreme; it should be capable of effecting real change in society. Yes, it needs to positively influence the mindsets and attitudes of people, i.e. the audience or readers. The surest way to ascertain the supremacy of your writing philosophy is through the level of negativity that your works attract.

Furthermore, I would like to touch on the business of writing. Interestingly, the slogan of Sircle Communications is, "Writing is serious business." Writing is indeed a serious business. Sceptics have downplayed our business goal of making a huge fortune by revolutionising our backward-looking African system through rare literature. They think — and they may be right in their thinking — that writing is a less bankable venture in our part of the world. As a Ghanaian writing firm with a global focus, we are working towards capitalising on international writing opportunities. Researchandmarkets.com once published that, "The global publishing industry has experienced positive growth over the last five years and is expected to reach an estimated US $348 billion in 2017 with a CAGR of 2.3% over the next five years." And the global publishing revenue amounted to over $100 billion in 2016. And if Sircle Communications could possibly gain 5% market share within the next two decades, we would be a billion dollar business.

I'll hand over power to the next elected president on 7th Ja...
57 minutes ago