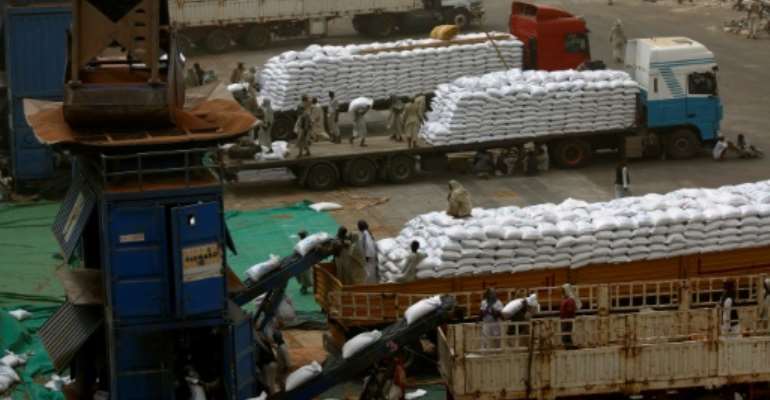 United Nations (United States) (AFP) - The UN Security Council voiced alarm about the deepening humanitarian crisis and famine in South Sudan, with the United States, Britain and France raising anew the idea of sanctions and a weapons embargo.

Attacks on humanitarian and UN missions, serial rapes, recruitment of child soldiers and famine: Six years after independence, "all the optimism that accompanied the birth of South Sudan has been shattered by internal divisions, rivalries and the irresponsible behavior of some of its leaders," said UN Secretary-General Antonio Guterres.

"Despite the alarm sounded by the United Nations and the international community over this crisis, the government has yet to express any meaningful concern or take any tangible steps to address the plight of its people," said Guterres, who participated in the council meeting on South Sudan.

The UN chief denounced "a refusal by the leadership to even acknowledge the crisis or to fulfill its responsibilities to end it."

While concern about continued fighting, atrocities and the worsening humanitarian crisis seemed to be unanimously shared, at issue is what the Security Council can do to compel the forces of President Salva Kiir and those of his rival Riek Machar to restore a cease-fire and political dialogue under a 2015 peace agreement.

The United States, which unsuccessfully pushed for an arms embargo in December, raised that possibility again Thursday, supported by Britain and France.

"We are outraged by the events unfolding in South Sudan," said Michele Sison, the US deputy representative to the United Nations. The United States had backed the country's independence from Sudan in 2011.

"We have had warning after warning about the prospect of future mass atrocities," she said.

"Last December some colleagues in the Security Council argued that pressure would be counterproductive because it would block the political process but there has been no progress since December, instead the situation has deteriorated," she lamented.

Sison appeared to be taking the position of the prior Barack Obama administration, which had sought a ban on weapons sales.

According to the US diplomat, the government's obstacles to humanitarian work in the famine-struck areas "may amount to deliberate starvation tactics."

The 15-member council rejected a proposed resolution including an arms embargo and sanctions against certain leaders in December, after failing to get the nine votes necessary for adoption.

Britain's foreign secretary, Boris Johnson, who chaired the council meeting Thursday, said an arms embargo proposal would be submitted to the council, without specifying a timeframe.

According to data cited by Guterres, 100,000 people in South Sudan are already suffering famine. A million others are near starvation and some 5.5 million could face starvation within the next few months.

After gaining independence from Sudan in 2011, South Sudan descended into war in December 2013, leaving tens of thousands dead and 3.5 million people displaced, despite the deployment of some 12,000 UN peacekeepers.

Half of those displaced have fled to neighboring countries, many of them to Uganda. More than 220,000 are sheltered on UN sites.