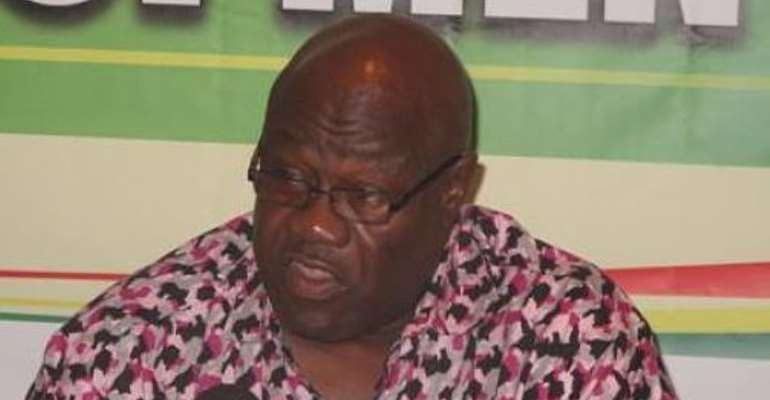 A former minister of Information in the National Democratic Congress (NDC) government, Fritz Baffour, has said he finds nothing wrong with President Akufo-Addo appointing many ministers to serve in his government.

According to him, it is within the president 's constitutional mandate to appoint as many ministers as he wishes, hence he must be allowed to do so.

Fritz Baffour's comment is contrary to the views of other members of the NDC who believe that Akufo-Addo's government size was a recipe for disaster for the country.

Ghanaians have expressed varied opinions on Akufo-Addo's appointment of a hundred and ten (110) ministers – including deputies, to serve in his government.

The number is the highest in the country's history, surpassing the immediate past John Mahama government by more than 20 appointees.

Many have criticized Akufo-Addo over the development which they say appears to be a betrayal of trust following pre-election assurances from Akufo-Addo that he will ensure a prudent and efficient government.

But according to the former Ablekuma South legislator, it is too early for Ghanaians to criticize the President on the development. He said it is more appropriate to measure the government's success in honoring its promises rather than judging it by the number of ministers.

“The noise is in retrospect rather than looking at the future. Those who are looking at the future, it hasn't happened yet. The president's agenda, he is going to pursue a certain agenda, and he believes that these are the personnel, and this is the way he is going to go about it, it is up to president, Nana Akufo-Addo to pursue his agenda with this team, and let's see that he does it well. We are waiting for change, we are waiting for the transformation he promised and I don't think that waiting for it, is about now,” he added.

Meanwhile, the Minister of Information, Mustapha Hamid ,  has rejected claims that a large number of ministers to serve in the government will burden the state coffers.

According to him, it would rather help protect the coffers.

Speaking on the Citi Breakfast Show, he said, “…If you need more hands to ensure that we are protecting bigger money, you might do so because it's better…We all agree that we ought to find ways of protecting the public purse and everybody agrees that in Africa the biggest problem that we face as a continent is not because we don't have resources, often times it's because of corruption. We lose a lot of money to corruption. And we all agree again that the biggest spot of our loss of money is through dubious procurement practices.”