'I owe Mahama no apology' for heart of devil comment - Otiko 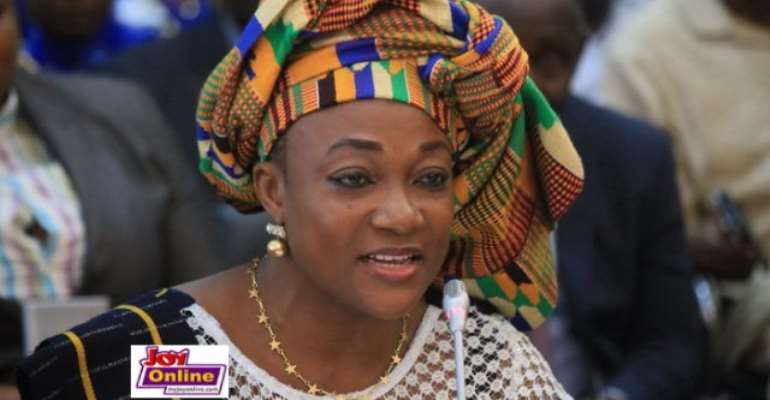 The Gender Minister-designate says she owes no apology to former President John Mahama for some very critical comments she made about him.

Otiko Afisa Djaba said she took the former Ghanaian leader to task because they both hail from the same Region and she has the right to subject his actions to critical scrutiny.

The two come from Bole-Bamboi in the Northern Region of the country.

“The President is my brother and I spoke from my conviction,” she told members of Parliament’s Appointments Committee Monday, some of whom describe her words during the campaign period as unsavoury.

Madam Afisa Djaba is reported to have made some scathing comments about former President Mahama ahead of the 2016 general elections.

“He has the heart of the devil,” she had said of the former leader, describing him as someone who does not have the interest of the country at heart.

Former President John Mahama
“He (John Mahama) is violent. He recently instigated some youth of the NDC to hurl stones at Nana Akufo-Addo’s house,” she told some governing New Patriotic Party (NPP) supporters in Afram Plains on November 17.

When she appeared before the Appointments Committee of Parliament, the Members on the Minority side, one-by-one quoted these comments and demanded an apology from the nominee.

Asked if she would retract her comments against Mr Mahama, Madam Afisa Djaba said she has no apology to render.

According to her, the former Ghanaian leader is her brother and whatever she said about him was done with a good heart.

"I spoke from my conviction," she said.
Story by Ghana | Myjoyonline.com | Austin Brako-Powers | [email protected]