The Damning Effects Of Religion In Africa 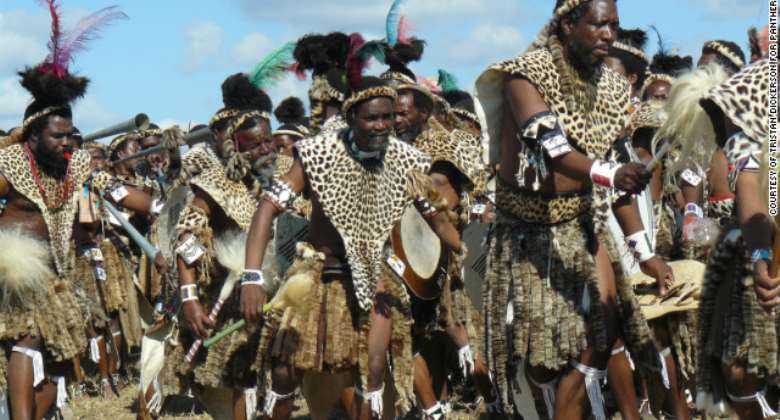 Religion can be loosely defined as a belief in a supernatural power or powers that control human destiny. It can also refer to the institutionalisation of such beliefs and their practices. There are thousands of religions and denominations in this world. However the most dominant ones in Ghana and Africa are Islam and Christianity, both accounting for more than 90% of religious adherents, with the rest, including traditional beliefs, having less than 10% of adherents.

In the first of a series of articles on religion, I'm going to show the negative effects of religion on the development and advancement of Africa. Since I'm a Ghanaian and someone who used to practice the Christian religion, I would be dwelling most of my scenarios and examples from these two backgrounds.

In religion, we are made to believe that we were created by a God, who expects us to live and act according to certain given tenets so that we can be found worthy of his blessings, grace and love both here on earth and the afterlife. Each of these religions or denominations have their own guiding books which they refer to as holy and which is supposed to dictate the way and manner their adherents should live their lives and relate to others in the society. In Islam it's the Koran, whereas Christians use the Bible.

Much as the intentions and ultimate aim of religion generally is to promote peace, harmony and development in the society, the same cannot be said in reality as what happens. There are so many negative effects of religion which unfortunately our society don't pay much attention to, and these have a more debilitating effect on our forward match to being a more matured and developed place.

Negative Effects of Religion
1. Religion is one major cause of conflicts in Africa and the world as a whole. Each sect or denomination always believes its ways and practices as being the approved or acceptable one and as such view the others either as inferior or a threat to theirs. This has led to verbal and sometimes physical confrontations leading to loss of property and even lives in places like Nigeria and the Central African Republic. Even among Muslims there are conflicts between Sunni and Shiite sects over practices, whereas among Christians there are doctrinal conflicts or misunderstandings among the various many denominations, including which is even the right day to congregate for worship.

Added to the above, a lot of religious misunderstandings, misinterpretations and so-called prophecies have brought about conflicts among family members, leading to destruction, broken homes and even death. It is not uncommon to read in the media that a man has killed or maimed his mother, child or wife as a result of a prophecy he claims to have had about the victim from his pastor or religious leader.

2. There is a direct relationship between religion and laziness, leading to poverty in our part of the world. A lot of believers would rather spend their time attending one religious event or the other throughout the year at the expense of their work or source of livelihood. It is not uncommon to see church services from morning till evening in any part of the country, even on weekdays. There is no doubt that the more time a person spends at his/her religious program to the neglect of his/her work, the less income the person earns, leading to lack and poverty.

Additionally a lot of religious adherents are made to believe that there is no need working harder on this earth to amass wealth, after all you will day one die soon and leave your possessions behind. Thus they should seek the kingdom of God first and all others shall be added unto them (Matthew 6:33). This is definitely false. The more you work the more you earn is how life works, simple mathematics.

3. Furthermore, religion creates a sense of fear or timidity in its adherents. Most of the religious sermons on our airwaves are usually warnings or threats to people to do or refrain from doing one thing or the other to avoid a curse or damnation from God. It's quite common to hear statements like "stop drinking alcohol or you'll go to hell", "if you don't pay your tithes your blessings will be withheld by God and you'll be poorer', "if you dress provocatively you could be raped", "if you don't repent you'll die sooner than you think", and so many other fear-mongering stuff. The reality is that a lot of these untruths sink into the consciousness of their listeners, who are usually afraid to go out of their way to think independently and act on their own. It's much dangerous even with kids where they are indoctrinated from their homes, schools and churches to tow a certain line or face hell fire or danger in life.

4. In addition, religion has created an avenue for a lot of charlatans parading as so-called men of God to fleece the poor of their meagre resources. They'll readily quote verses in the bible to support the need for members to donate their monies to the 'work of God'. These monies mostly find their way into the pockets of these charlatans to fund their luxurious lifestyles while the members continue to sink in poverty. A lot of these preachers are living in luxurious homes, driving the latest luxury cars, traveling to the most exotic holiday destinations with their families, educating their children in the most expensive schools, etc, whereas most of their followers can barely pay their utility bills and kids' fees even in public schools.

Whereas the congregants are told to aspire to go to heaven to enjoy the best of life, these preachers are enjoying theirs right here on earth at the expense of the gullible and poor members.

5. Most religious groups discriminate against women in so many ways, even though they usually form the bulk of the members of any sect or denomination. All the cleaning, scrubbing, tidying up, singing and events organization are mostly spearheaded by women, but they are barely represented in the decision-making echelons of religious organizations. In some of these organizations, women cannot teach or preach to the congregation, or cannot lead groups. Yet they are the highest contributors in terms of donations/offertories and the general sustenance of these groups.

Unsurprisingly, most of their religious holy books (Koran or Bible) have various verses which seem to support this aspect of treating women as second class members. And once it is stated in those books, who are you to challenge what they say? One thing worthy of note is that all these books are supposed to have been written down by men, so what would one expect?

6. Added to the above, many governments in Africa use religion as a vehicle to forment trouble or create disaffection among the populace, all to advance their political and parochial interests. This leads to a fragmentation of the society along various lines. A typical example is the on-going political campaign season in Ghana where the ruling NDC and the main opposition NPP have been inciting one religious group or the other to vote for its leaders to advance their personal political interests, all to the detriment of social cohesion.

7. Finally, one major problem with religion in Africa is that it does not encourage creative or critical thinking. Religious dogma and practices are quite conservative or static. There are a lot of inventions in this world which have made life and living comfortable and much better. Religion generally believes that a supernatural power has the final say in how things are destined to work in one's life. Whereas religion and critical thinking is encouraged in Asia, Europe and America, it is not so in Africa. Religion takes precedence over all other things in our lives, thus no surprises that hardly do we invent or innovate in any of the technological advancements in the world.

I do concede that religion might not be the only factor in determining the above negative effects on African societies. However it plays the dominant role and there is little doubt that a less focus on religion and a major attention to science, technology and critical thinking will no doubt propel our development goals forward. It is thus my hope that as a society we would do a critical and objective evaluation of how we over-emphasise the positives of religion, especially in our educational institutions and political circles, and rather focus our resources, especially time and money, on development-oriented goals.