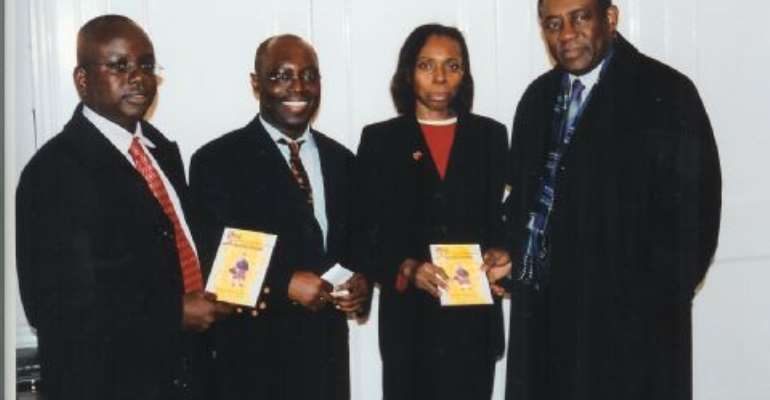 A DVD on the heroism of the African Queen, Yaa Asantewaa has been out-doored at the Chatham House, London.

In his opening remarks, Mr. Isaac Osei described Yaa Asantewaa as an iconic African woman whose courage, determination and leadership galvanised the Ashanti nation to fight against the British in their quest to capture the Golden Stool.

He said Yaa Asantewaa, though, a legend, was a real person and her exploits should encourage Ghanaians and other African women to be bold and fearless in the pursuit of their goals.

The twenty-minute presentation generated considerable interest with viewers speaking at length on the relevance of Yaa Asantewaa to the history of Ashanti and modern day Ghana.

Much as her exploits were seen as important contribution to the history of Ashanti nation it was felt her example should have by now encouraged Ghanaian women to be very active in all spheres of national life.

Responding to these concerns, Mr. Osei told the gathering among other things that the assertive roles of Ghanaian women in farming and trading and more recently in politics had never been found wanting.

He said there was no barrier against women in the economic, social and political life of the nation and added that women were gradually playing commendable roles in activities of the nation. He was optimistic that more women would in the not too distant future, get involved in the political process at the national level.

The documentary highlights among other things the origin of the people of Ashanti, the exile of King Prempeh 1 in the Seychelles Island and features exclusive interviews with Asantehene, Otumfuo Osei Tutu 11, Professor Emeritus A. Adu Boahen, a historian, Dr. Florence Dolphygne, the first Ghanaian professor and Professor Mawere Opoku.

The documentary was co-directed and produced by Ivor Agyemang-Dua, a journalist, literary writer and biographer who is also the Minister/Counsellor Information, Ghana Embassy, Washington.

Provide evidence to prove your preposterous, xenophobic comm...
58 minutes ago

We're happy for not bowing to Justice Anin Yeboah and his Ad...
2 hours ago