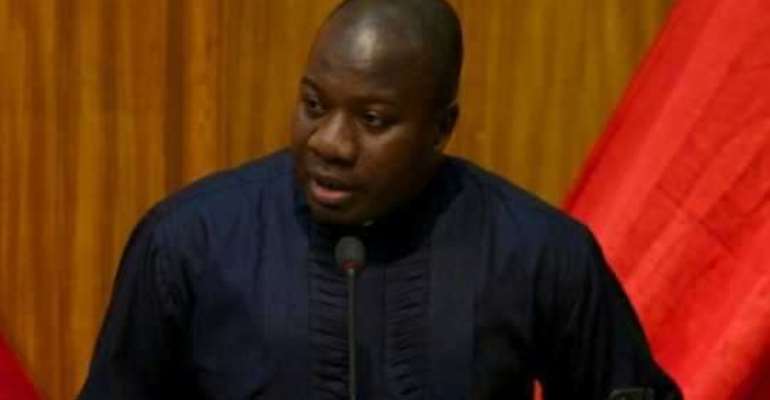 He said the Forestry Commission would provide the Ministry with 50 million seeds to nurse the seedlings and distributed to the traditional rulers in the regions for plantation.

He encouraged people to plant economic trees as there are many incentives that could be derived from planting them.

Mr Ayariga, made this known in an interview with Ghana News Agency at the World Environment Day commemoration at the First Infantry Battalion, Michel Camp in Tema Metropolis on Sunday.

He noted that public awareness among stakeholders have been done to ensure proper acquisition of land for the growing of trees.

He said the Northern Region has mobilised one million trees seedlings for schools.

He indicated that the Ministry had tasked the regions to target three million tree seedlings each to reach the 30 million target.

''We are in discussion with Ghana Education Service because they oversee the schools, and we are trying to work with the science teachers to see how even planting the trees, nursing the seedlings and making sure they mature can be converted into a science project for which the students would be given credit if they do well,', he said.

He said the Ministry would also liaise with corporate entities to sponsor developmental projects in the schools that perform well in the tree planting activities.

''Projects that would excite students that their own work generated the incentive for their school'', he added.

He urged all to protect wildlife to contribute to national development and preservation of the environment.

The World Environment Day has been celebrated since 1973 with different relevant global themes to alert the world to responsibly manage the planet's natural resources due to the evidence that humans are consuming far more natural resources than the planet can sustainably provide.

Many of the earth's ecosystems are nearing critical point of depletion or irreversible change.

This year's global theme was: ''The Fight Against Illegal Trade in Wildlife whilst the national theme is: ''Join the Race to Green Ghana and Protect Wildlife.''