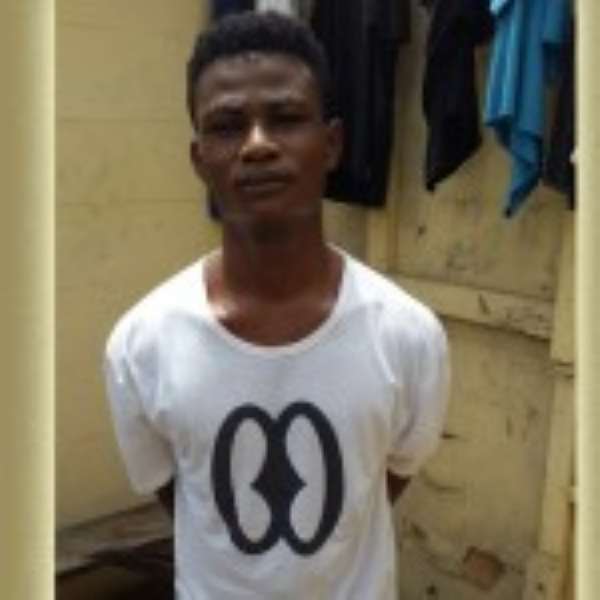 “The fear of death follows the fear of life. A man who lives fully is prepared to die at any time”- Mark Twain.

Until Thursday, February 4, 2016, I had never seen Hon. J.B. Danquah,  Member of Parliament (MP) for Abuakwa North and grandson of Dr. J. B. Danquah, in person. The occasion was the launch of a book on the life and times of Dr. J. B. Danquah at the Osu Presby Hall. The book was authored by Abyna Ansaa Adjei. The MP delivered the Vote of Thanks and made the whole place go agog when he prophesied that Nana Addo was going to be the next president of this great country. How was he to know it was his last public speech?

When he went to bed last Monday, not even in his dreams did he imagine that life would be squeezed out of him before daybreak. He expected to wake up the following dawn to continue with life as usual. But his killer, who responds to the alias 'Sexy Don Don', made sure it never happened.

It is however refreshing to note that the ‘Sexy Killer’ is in police grips; but rumours are going round that he is singing like a bird. Names are being mentioned without any evidence, and the political zealots are feasting on the rumours. Despite not mentioning any name, the MP who started it all must be condemned by all, irrespective of political affiliation.

I'm, however, very scandalized by the action of the police. A member of the Legislature is killed in his home, and the first press release by the outfit on the killing is to try clearing the name of a presidential staffer alleged to be the mastermind. It is not only strange, but also an indication of the direction of the police investigation.

It is good that Cephas Arthur has come out to clear the air. We now know that no politician's name has been mentioned. But wait a minute!  Wofa Cephas is a bloke who would deny running to take cover from the scene of a commotion even if video evidence was shown to him. Can the words of such a person be trusted?

.
Meanwhile, there has been another assassination attempt on another Osono member. This time, it is in faraway Cape Coast. The Cape Coast North Osono Candidate was attacked at her residence last Saturday. The attempt was however not successful, as the youth in the area managed to stop the attacker. I hear he has been handed to the police; but that was after he had received a severe beating. Who born dog?

Another tragedy hit the nation when two innocent brothers were killed by the police in the Ashanti Region. Granted the two were mistakenly shot, why didn’t the police rush them to the hospital nearby when their attention was drawn to the fact that they were not armed robbers? I'm tempted to believe the story by the Mampong Nursing and Midwifery School that the police were trigger-happy.

I'm very passionate about such issues because it could happen to anyone. In February 2015 it was an innocent student of St. Paul's SHS at Denu. This time it is an innocent tutor and his brother. Who would be next?

I do support the call for an independent investigation into the killing. We shall not close our stinking mouths until justice is served. Justice may not bring back the duo, but it will serve as a deterrent to other trigger-happy police personnel.

The clashes between the Muslim youth and the youth of Old Tafo township also left many sitting on tenterhooks. The clashes were however quelled by the police. The subsequent visit by National Chief Imam, Sheikh, Alhaji, Dr. Uthman Nuhu Sharubutu, did help in quenching the flame.

But did you hear the report that an MP pleaded with the police to release all the suspects? I believe it was a wrong call. The argument that the release was to help calm tensions stands on very wobbly legs. If that argument is to be supported, then rule of law will not work in this country. Strangely, the police have heeded his call and released all the suspects in the Old Tafo disturbances. Hmmm!

I wish to take this opportunity to remind all, especially my fellow Muslims, that patience is a very important attribute. Lacking 'Sabr' (patience) may lead one to eternal damnation. Indeed, the Holy Qur'an in 8:46 states: “….. And be patient and persevering, for Allah is with those who patiently persevere.”