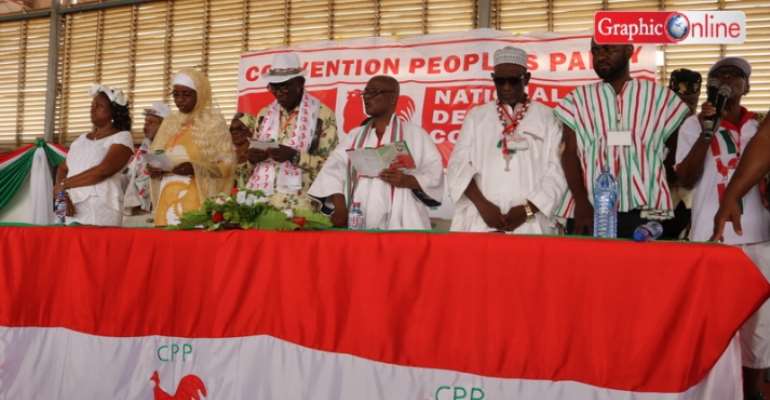 The Chairman of the Council of Elders of the Convention People's Party (CPP), Mr Felix Amoah has rallied party followers to eschew all divisive tendencies to afford the party a united front and win the 2016 elections.

He said victory stares the CPP right in the face in the 2016 elections and urged all who have fallen away from the party to return home. He described the recent resignation of Dr. Michael Abu Sakara Foster, CPP's 2012 presidential candidate from the party as an unfortunate development.

Mr Amoah who is chairing the party's congress at the Trade Fair Centre in Accra to elect a flagbearer for the 2016 elections, urged delegates to comport themselves and act with due decency so as not to give the party any bad name.

Congress started at about 1:30pm and is expected to run late into the evening. About 2,500 delegates are expected to vote at the congress.  Click to view more photos from the congress grounds .

Visit our galleries for more photos