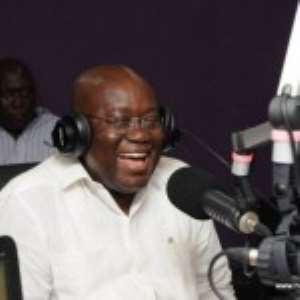 Just when officials of the ruling National Democratic Congress (NDC) started showering praises on President John Mahama for what they considered an excellent delivery during his meeting with journalists on Tuesday, the New Patriotic Party (NPP) has waded in, punching holes in his answers to questions.

Yesterday, the party issued a statement in which it criticised most of the president's claims.

Chief among them was the issue about government's decision to accept two Yemeni detainees suspected to belong to the Al-Qaeda stock who were kept at the Guantanamo Bay prison in Cuba “on humanitarian grounds.”

The two – Mahmud Umar Muhammad Bin Atef and Khalid Muhammad Salih Al-Dhuby – protégés of the late Osama Bin Laden and his Al-Qaeda terrorist group, were brought into the country at the request of the US government after the (US) Congress had kicked against proposals for them to be sent to that country.

“The president himself alluded to the hysteria and phobia in the Ghanaian public. Ghana takes in foreigners all the time; we have established a whole community for Liberian refugees; Fulani herdsmen roam our countryside with reckless abandon; Nigerien/Chadian refugees still beg on our street corners and road intersections unmolested.

“So the widespread 'hysteria and phobia' (the words of the president) over the former Guantanamo detainees must be founded on genuine apprehension, especially since it does not seem their own country, Yemen, was prepared to take them in,” the statement signed by the party's Communications Director, Nana Akomea, said.

Considering the fact that after two years, the former detainees would be free to go and settle wherever they like, the NPP queried, “So what informs their being 'quarantined' in Ghana in these two years? Miriam Makeba and Fela Anikulapo Kuti would be turning in their graves at the attempt by President John Mahama to equate them with these ex-Guantanamo detainees.”

Dumsor
On the issue about the ongoing load shedding exercise, otherwise known as dumsor, confronting the nation, the NPP questioned President Mahama's claim that his predecessors did not fix it.

Apart from that, the statement underscored, “Former President Kufuor's retrofit of Akosombo added at least

“The issue with dumsor is not whether a solution was permanent or not permanent. The real issue is that dumsor has persisted throughout John Mahama's presidency, and that despite his numerous promises, he has failed to resolve it up to date.”

Trainee Teachers' Allowance
The NPP wondered why the president questioned its flagbearer, Nana Akufo-Addo's promise to restore the trainee teachers' allowance which the government has scrapped and replaced with a Students' Loan Trust Fund.

“President Mahama has cancelled a policy. Another politician says he will restore the policy and the president says that is a 'political talk?' If that is so, President Mahama is most guilty of political talk. We remember his pooh-poohing of Nana Addo's idea of Northern Development Fund, only to set up the corruption-riddled SADA,” the statement pointed out.

The NPP recalled how Mahama also pooh-poohed the LEAP programme, describing it as just a political gimmick to win votes and turn back to tout it everywhere as a major government intervention.

“Ghanaians all too well will remember his pooh-poohing of the free SHS and his turn around on this matter. Nana Akufo-Addo has promised to restore trainee teachers' allowances. It can easily be done when leakages of the public purse, such as branding of public buses with the president's picture, is stopped,” the party assured.

Corruption
On the issue of corruption in the Mahama administration which has become a major source of worry to many Ghanaians, the NPP said, “There is no bigger instance of him burying his head in the sand than this.

“Ghana has been tagged on the cover page of an international magazine as 'The Republic of Corruption'. Surveys by Afrobarometer, IEA, etc, consistently posit the office of the president as highly corrupt. This perception cannot be due merely to increased media coverage as the president seems to imply.”

In view of the NPP, the mere retrievals of these corruptly paid public monies without prosecution is actually no achievement.