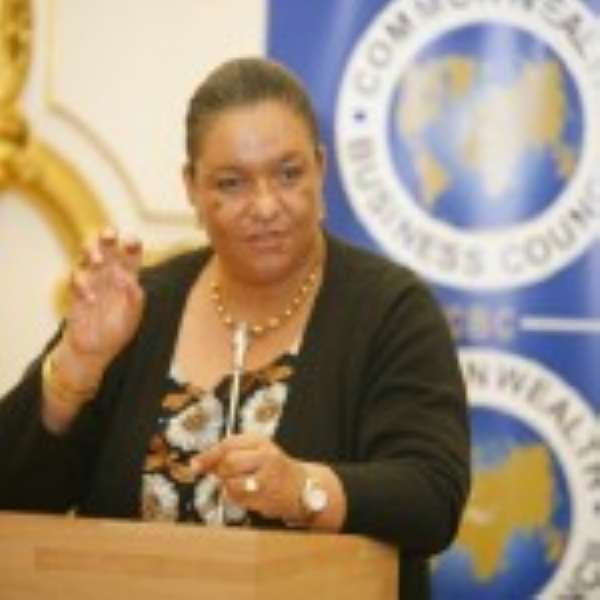 The United Kingdom branch of the New Patriotic Party (NPP-UK) says Foreign Minister Hannah Tetteh should resign immediately for misleading Ghanaians on events leading to Ghana's acceptance of hardcore terrorists deported by the United States from Guantanamo Bay in Cuba.

There is public uproar over the arrival of Mahmud Umar Muhammad Bin Atef and Khalid Muhammad Salih Al-Dhuby. Many Ghanaians are wondering why the Mahama-led National Democratic Congress (NDC) government should strike a deal with the United States to bring the terrorists into the country in the first place.

“The New Patriotic Party UK calls on Hannah Serwaa Tetteh, Ghana's Minister of Foreign Affairs and Regional Integration, to resign immediately. Madam Tetteh has misled Ghanaians about why terrorists previously imprisoned in Guantanamo Bay, have been brought to Ghana, thereby placing the whole of Ghana and all Ghanaians at risk of terrorist attack,” a statement issued in London and signed by Nana Yaw Sarpong, NPP-UK Communications Officer, indicated.

According to the NPP-UK, the minister in an official statement, had told Ghanaians that the two hardcore terrorists were not a threat to national security but the NPP-UK says, “She was being economical with the truth.”

Precedence
“This is not the first time Madam Tetteh has made conflicting statements. In November 2014, as Ghana's Minister of Foreign Affairs, she sat on Radio Gold and said that she had thought the jailed socialite Nayele Ametefe (aka Ruby Adu Gyamfi), now serving eight years and eight months in the UK for drug smuggling offences, was carrying gold dust in the luggage she took to London.”

The NPP-UK recalled, “British police and customs officials later certified that the 'gold dust' was narcotics: 12.5 kilograms of cocaine, worth nearly £2 million. The same Nayele Ametefe, arriving at Kotoka International Airport to board the plane to London on which she was arrested on 10 November 2014, was given VVIP access by Ghana national security officials through the airport in Accra.”

Already In Town
The NPP-UK branch claimed, “In Madam Tetteh's statement, the Foreign Minister failed to tell Ghanaians that these two terrorists, Mahmoud Omar Bin Atif and Khalid Salih Al Dhuby, were already in the country. This created the impression that the former detainees were about to arrive and Ghanaians had nothing to fear.”

It noted that it is turning out that the minister did not inform parliament about the arrangement and that that amounted to what it called “gross abuse of power.”

Bin Laden's Aide
“It has emerged that both men, whether proven terrorists or not, received training in Afghanistan with the Taliban. The Taliban are still waging a war against the democratically elected Afghan government, in tandem with the work of al-Qaeda, which has links to Islamic State and other terrorist groups operating in the Middle East and Africa. In fact, one of the two men now in Ghana was an aide to Osama Bin Laden.

“The government of Sudan took some of these ex-Guantanamo Bay inmates some years ago. Of two prisoners transferred in December 2013, at least one escaped to Yemen to commit atrocities. Another one who was transferred to Sudan in 2012 is now a terror chief in Yemen. The leopard does not change its spots!”

Common Sense
The statement said, “We in NPP-UK believe that common sense rather than financial benefit and personal gain should guide our leaders.  The security, welfare and well-being of the people of Ghana are more important than the interests of our selfish leaders. Our rights cannot be horse-traded for money, or to curry favour with the US government for its support in helping to win elections!”

Danger To US
“We respect the United States and admire its democratic values and freedoms. The United States is the most powerful country in the world. It has military bases everywhere from Europe to the Pacific. If these men are a danger to US citizens, does that mean Ghanaians are second-class beings, and so terrorists should be dumped on us, endangering the ordinary Ghanaian's life?

“Hannah Tetteh is unfit to be a Minister of Foreign Affairs. She has been untruthful and dishonest. She must go now!” the statement stressed.