Wall Street and the Bolshevik Revolution 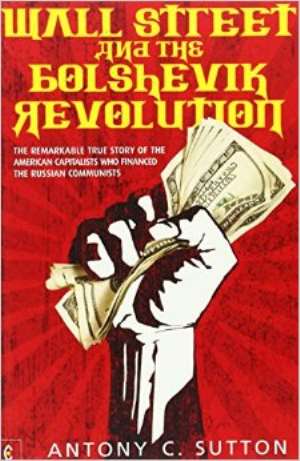 Since the early 1920s, numerous pamphlets and articles, even a few books, have sought to forge a link between “international bankers” and “Bolshevik revolutionaries.” Rarely have these attempts been supported by hard evidence, and never have such attempts been argued within the framework of a scientific methodology. Indeed, some of the “evidence” used in these efforts has been fraudulent, some has been irrelevant, and much cannot be checked. Examination of the topic by academic writers has been studiously avoided; probably because the hypothesis offends the neat dichotomy of capitalists versus Communists (and everyone knows, of course, that these are bitter enemies). Moreover, because a great deal that has been written borders on the absurd, a sound academic reputation could easily be wrecked on the shoals of ridicule. Reason enough to avoid the topic.

Fortunately, the State Department Decimal File, particularly the 861.00 section, contains extensive documentation on the hypothesized link. When the evidence in these official papers is merged with nonofficial evidence from biographies, personal papers, and conventional histories, a truly fascinating story emerges.

We find there was a link between some New York international bankers and many revolutionaries, including Bolsheviks. These banking gentlemen — who are here identified — had a financial stake in, and were rooting for, the success of the Bolshevik Revolution.

TABLE OF CONTENTS
Preface
Chapter I: The Actors on the Revolutionary Stage

Chapter IX: Guaranty Trust Goes to Russia
Wall Street Comes to the Aid of Professor Lomonossoff
The Stage Is Set for Commercial Exploitation of Russia
Germany and the United States Struggle for Russian Business
Soviet Gold and American Banks
Max May of Guaranty Trust Becomes Director of Ruskombank

Chapter XI: The Alliance of Bankers and Revolution
The Evidence Presented: A Synopsis
The Explanation for the Unholy Alliance
The Marburg Plan

Appendix I:
Directors of Major Banks,Firms, and Institutions Mentioned in This Book (as in 1917-1918)

Appendix II:
The Jewish-Conspiracy Theory of the Bolshevik Revolution