What Sort Of Nation Has Ghana Become? 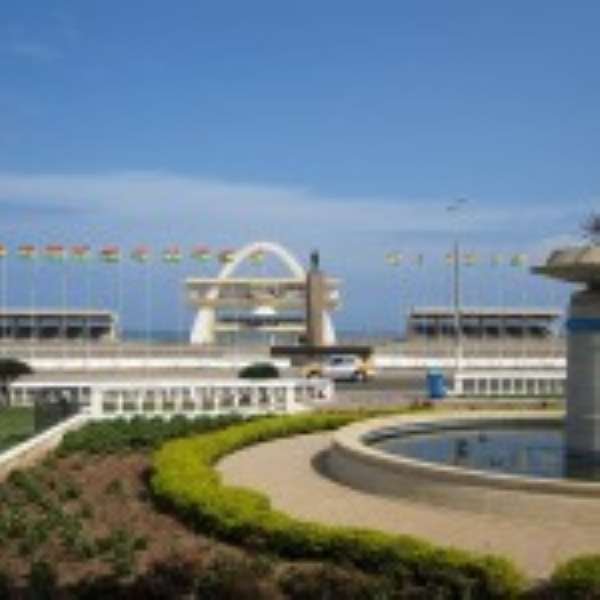 THE FIRST concern of those to whom the British handed over Ghana in 1957, was to prove that they could run the country as efficiently as the British had done before leaving.

To run the country efficiently, they employed expertise from any corner of the globe where such efficiency could be found. Citizens of the US, Britain, Australia, New Zealand, Canada, the West Indies and South Africa (so long as they renounced apartheid) got good shortterm contracts with the Ghana Government. The understanding was that they would train Ghanaians to take over from them. In fact, an incentive was built into their contracts to spur them to train Ghanaians.

The Ghanaians who worked with these people were grateful for the opportunity to work alongside people whose efficiency was up to international standards. Some took over from their foreign bosses and ran Ghanaian ministries and departments as well as they had been taught to do. Other Ghanaians were so good that they were invited to become members of the staff of the United Nations, the IMF and the World Bank, and other international organisations that had a mandate to reflect their international nature through the content of their staffing policies.

And these Ghanaians strove to prove worthy of the trust placed in them by their government and the international community. At the highest levels, people like A L Adu (Deputy Secretary-General of the Commonwealth); Ken Dadzie (Deputy UN Secretary-General) were the people who paved the way for Kofi Annan to become Secretary-General. At home, Enoch Okoh, Michael Dei-Annang and others manned the top levels of the administration, managing the political choices of their political masters in a way that reinforced their democratic right to make decisions on behalf of the people, without compromising the “national project” – namely, the efficient and sound navigation of the hip of state.

Of course, mistakes were made. But these were corrected quickly and with resolve. When ministers like F Y Asare, J A Braimah and deputy ministers like Atta Mensah or Ohene Djan misbehaved, no-one shielded them. Enormous sums were spent building Tema Harbour; the Akosombo Dam; the Accra-Tema Motorway and other big projects, most of which sprang out of the First and Second Development Plans, each of which had been meticulously put through the mill of cost-benefit analysis, before implementation. Financing was done with absolute transparency and personnel were trained to acquire requisite skills before they were let loose on the projects.

Parliament did its job. Every day of every meeting of every session began with Questions, which Ministers were obliged to come to the House and answer. Urgent Questions could be asked without notice. Fridays were devoted entirely to Private Members’ Motions. There was no “Whistle-blowers’ Act” nor a “Freedom of Information Act”. But schemes like the Schokbeton.

Housing Scheme and the Savundra Insurance scam which appeared tainted with corruption were interrogated thoroughly in Parliament and then abandoned. Important party chieftains such as Krobo Edusei, or A Y K Djin had their wings clipped after projects in which they were involved were publicly exposed to be not quite above board.

What is indisputable is that almost everyone in government wanted to achieve something concrete, if not to increase his prestige, at least to obtain re-election. For at election time, the voters would ask: what have you achieved for us since we elected you into Parliament? The progress we made in providing water and electricity to the rural areas; in building roads, schools, health facilities and providing other social amenities such as telephones and postal facilities were all predicated upon the urgent need felt by our political leaders and their civil servants, that they “must do something!” Budget hearings thus became a competitive enterprise, through which ministers tried to convince their cabinet colleagues and eventually, Parliament, that the projects their ministries had drawn up were indeed crucial for the development of the nation.

I must admit that when I look at our political system today, my heart sinks. The AMERI power deal, however barmy or corrupt it appears to be, is but a SYMPTOM of a financial administration system that is rotten to the core. There are so many questions about it that I do not know where to begin asking them. But let me try: Was the ENTIRE AGREEMENT sent to Parliament for approval before being signed? Or was an ANNEX to it withheld and if so, why? How long did Parliament take to peruse the Agreement? Was the normal time devoted to it or was pressure put on the House and/or its committees to approve it at ultraspeed because dumsor was used as a blackmail gambit to exert pressure on Parliament?

Why did the Ministry of Power choose to finance such an important project through third parties, when the Government of Ghana has been borrowing money on the Eurobond market – with of the borrowings oversubscribed – instead of using some of the money raised through these bonds to finance a project that everyone would have agreed was of the utmost importance? Why were the details (now published) of the Agreement not made available for public discussion until a Norwegian newspaper had published it? Are we to take it that a Norwegian newspaper has Ghana’s interests more at heart than our own Ministry of Power? On whose behalf is the Ministry of Power acting? Is it not on behalf of the people of Ghana? If it is truly acting on behalf of the people of Ghana, why has it been keeping us in the dark (so to speak)?

Is it not a shame that citizens of Ghana should be pushed to go to court to demand that their Ministry of Power should publish information relating to a project which should be supported by every sane Ghanaian, because it is supposed to deliver us from our terrible dumsor situation? Eh?