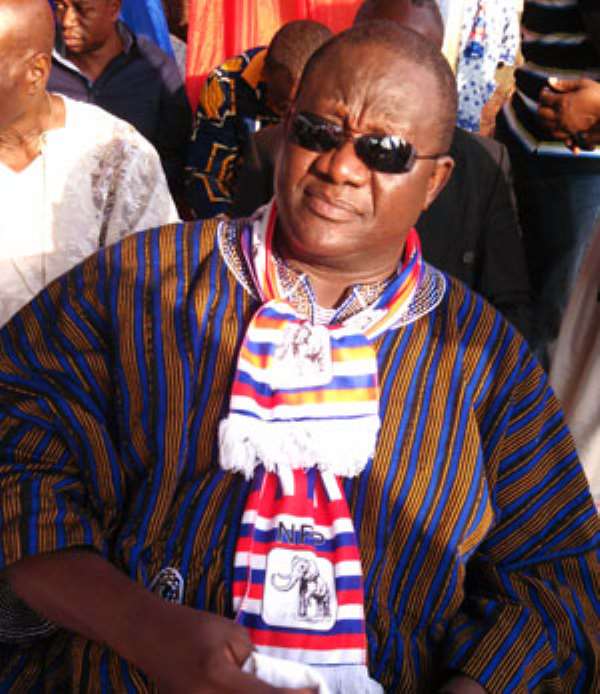 iv) The National Chairperson shall not be a candidate for the office of Member of Parliament or President of the Republic.

The National Chairman is the ONLY person clothed with the authority under our party’s constitution per Article 9 (2) D ii to convene any such meetings.

Again, assuming without admitting that the purported report by the National Disciplinary Committee was to be laid before NEC, the proper thing which out to have been done was for the National Chairman to have convened a meeting after NEC had received the report through the General-Secretary’s secretariat within a stipulated time of 14 days for the committee to either reject, modify or adopt same (See Art 4 (4) b).

Again, within 24hrs after the report was presented to Mr. Freddie Blay, he hurriedly convened an illegal NEC meeting to uphold the illegality perpetrated against the party. It must be noted that as at the time the meeting was even convened by Mr. Freddie Blay who is the beneficiary of the illegal report, the National Chairman, Mr. Paul Afoko, had not even sighted the report to even consider convening a NEC meeting within the period of 14 days as stipulated by Art 4 (4) b of the NPP constitution. If this is not a civilian coup de’ tat, then tell me what it is?

In my considered opinion based on point of law and facts herein, the purported NEC meeting convened by the Freddie Blay and any decision taken in the meeting thereof, is of no legal effect and therefore void.

c) There shall be a National Disciplinary committee, which shall be one of the Standing Committees of the National Council and shall be composed as follows:

I aver that the constitution makes it mandatory for at least two women to be part of the National Disciplinary committee. This provision has not yet being discharged.

1. Subject to such directions as the National Council may issue, the National Executive Committee shall be responsible for directing and overseeing the operations and activities of the Party.

2. i) The National Executive Committee shall consist of:

NOTE: The purported National Executive Meeting that upheld the purported and illegal suspension of the Mr. Paul Afoko, which was unprecedented in the history of our party, was not attended by the key figures of our party on the National Executive Committee such as the National Chairman, Paul Afoko, the peerless John Agyekum Kufuor, Former President of Ghana, Nana Akufo Addo, 2016 Presidential Candidate and his running mate, Dr. Mahamudu Bawumia, 2nd Vice- National Chairman, Mr. Sammy Crabbe, the General-Secretary, Mr. Kwabena Agyepong, Minority leader, Hon. Osei Mensah Kyei Bonsu and the National Women’s Organizer, Madam Afisa Otiko Djaba. Does this not even render the meeting ‘impotent’ in the eyes of well-meaning patriots and Ghanaians?

The purported NEC meeting failed to even form the 1/3 quorum as mandated and so prescribed by the NPP constitution. There were only 11 members of NEC who attended the purported meeting. This I believe, has falling short of the prescribed number of Members needed to form a quorum. It must be noted that NEC consists of over 40 members.

I cannot finish this legal opinion without reference to the celebrated case of Tuffuor Vs Arttoney- General, which excites students of constitutional law ‘like a lecture in metaphysics will excite a 7 years old boy’. This was a case which overturned the unconstitutional removal of Chief Justice Apalloo, as he then was, from his office as Chief Justice of Ghana. Fortunately, the lead counsel whose erudite legal opinion was applauded by the Appeal Court, which sat in as the Supreme Court was our Presidential Candidate, Nana Akufo Addo.

The actions of the plaintiff, Dr Amoako Tuffuor, member of NPP National Council, amounted to the duty of the citizenry in protecting the Constitution and ensuring that its provisions were properly adhered to. This I believe should be the spirit and inspiration that must guide all of us.

I urge all true patriots to rise to the occasion and save our party’s constitution which is the supreme authority under which all of us, must succumb to.

I shall not be cowed into submission by death threats. My steps and destiny are ordered by the TGAOTU.