Educational rankings and the standard of education in Ghana 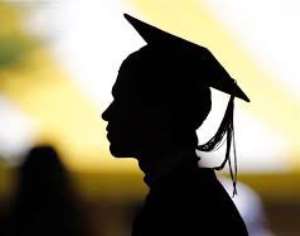 A lot of ink has been spilt over the OECD’s report on education of 15-year olds in selected, mostly rich, countries. Much of the discussion in Ghana arose because we had the very great misfortune of being included in the study and the even greater misfortune of coming last. The authors of the study have said that a country like Ghana got included only because we had statistics that they could use and this fact alone means we were better informed of things in the education sector than those African countries that did not even have the statistics that could qualify them to be included in the study.

If Ghana hadn’t been included in the study, we wouldn’t have come last and been the subject of so much opprobrium by the world press. Nobody is talking about basic education in Nigeria or Senegal only because they were not included in the OECD study. What bad luck for us in Ghana! But this can be a blessing in disguise. If we didn’t know that there is something terribly wrong with the way we educate our youth, we know it now. We cannot hide anymore.

Those who have read the report in detail will pick a few points to argue about as to methodology and other issues. I was particularly pricked by the way scores from some other tests were mapped on to PISA (Programme for International Student Assessment) standards in order to better compare Ghana with OECD and partner countries that have been conducting PISA tests since 2000. Ghana has never administered a PISA test – a much more comprehensive assessment of educational standards.

The Ministry of Education issued a press statement on the initial release of the OECD report advising circumspection in the interpretation of the results until the full study was released. The study has long been available but we have still not heard anything from the Ministry. Perhaps the eggheads in the ministry are still knocking those heads about. The minister of education and high ranking ministry officials attended the forum in May this year in South Korea where the full report was first released. The ministry’s website says nothing about the contribution of the Ghanaian delegation at the forum. But the ministry boasts of other indices (from other studies) that show that we are really not doing badly educationally. It is possible that this is a propaganda gimmick because it is easy to deviously use statistics to prove anything.

The results of this year’s PISA tests are still being analysed. If Ghana should be a full partner country to the OECD in these tests, then the next PISA tests (to be held in 2018) should be administered to Ghanaian youth too so that they will be tested on the same questions as students in the same age group in Finland, South Korea or Singapore. It is only then that a proper comparative assessment can be made that includes Ghana. Such an assessment will also factor in the within-country disparities where a few elite schools perform very well while the rest are just also runs.

But there are things happening at other levels of education in Ghana. And not all of these are bad. When I left Legon in the late 70s, our premier university boasted a student population of no more than 5,000. Today, there are about 40,000! Most of the lecturers now sport a PhD (or two) from universities in North America or Europe. It is difficult, today, to become a lecturer with only a second degree. And the students are becoming ever brighter. The best performers in my Economics graduation class in Legon were some two or three students with second class uppers. The university then did not produce more than a handful of First Class graduates – all faculties. Today, the University of Ghana Business School (whose population is almost equal to the entire student population in my day) alone, graduates more than 200 first class students every single year. Most of the rest get Second Class Uppers. Some people say this is due to grades inflation, which is a world-wide phenomenon. But many of today’s First Class students from Legon can hold their own against the best anywhere in the world. The variety of courses being offered in Legon today will shock any of us who graduated from there in the 70s. If this is not progress, what is?

There is a tendency for many of us the old ones to say that standards were higher in our times and we spoke and wrote better English. Often, these “good-old-days” assertions are not based on facts. It may be true that some things in the olden days were better. But many things today are far better than they were in those “good old days”. The conditions for extracting the best out of each individual are greater today than they were in our time. Just imagine what the students of today can get from the internet. I recall the days when we had to be in a long queue at The Balme Library to get some “rare books” that were locked away in “cages”. Today, such material is easily available by a few online clicks. And you’re telling me the old days were better?

Ghanaians today are far more interested in higher education than at any time in our history. This quest has been carried to some absurd levels, I admit. Go to Ghana today and many of the young men and women in the public and civil services are pursuing courses leading to advanced or additional university degrees. They take distance courses at local universities or, even better, online courses from overseas ones. But this is not a peculiarly Ghanaian thing. The whole world is doing it. The so called MOOCs (massive open online courses) are allowing all kinds of people in all parts of the world to obtain all types of degrees in all manner of subjects without ever setting foot on a university campus! Unfortunately, these MOOCs are stronger in the reading (book-long) subjects than in the, for us, far more important scientific and technical fields.

The desire to acquire more and higher degrees is fuelled in Ghana by our continued, and somewhat blind, belief in paper qualifications. An additional degree almost always ensures you promotion at work. Often, the marginal productivity at work emanating from the additional degree is nil yet the holders are rewarded with promotions and higher pay. In the public services such a promotion will entitle you to another cheap loan for an additional car. It doesn’t matter if the degree is in a study area completely irrelevant to your line of duty. The degree itself gets you the promotion.

Talent does not, necessarily, coincide with the number of degrees acquired. The USA would not be the most innovative country in the world today if this were so. That is why it has produced school dropout innovators like Bill Gates, Steve Jobs, Jeff Bezos, and many others in other fields. In many of these instances, the effort to acquire a classroom degree rather interfered with their innovative pursuits. Unlike the Ghanaian civil servant, these high achievers do not need additional degrees to get promotions at work. The German medium-sized (Mittelstand) companies that form the backbone of the country’s industrial strength were not founded by people with the longest degrees. Many of these were started decades ago by a family patriarch who was an artisan rather than a higher degree holder.

I should state here that there is absolutely nothing wrong with acquiring higher degrees. Often, it is a sine qua non in certain professional fields. What is wrong is putting more emphasis on the degrees than on the demonstrated competence of the holders of those degrees even if such competence is enabled by the education that the degree is a testimony of. That is why it is said that it is one thing passing one’s medical exams and quite another being a good doctor.

While much of the talk has been about educational rankings of basic school performance, little has been said about similar rankings of universities. Since, in 2003, Shanghai's Jiao Tong University first published a ranking of universities based on the excellence of research produced, many organisations and institutions have published such league tables using a wide variety of metrics. The most popular ones today are Times Higher Education World University Rankings and Quacquarelli Symonds (both used to do it together). The idea of ranking universities may be a difficult project and the various tables can only be used as rough guides. But one thing is certain: African universities do not perform well on any of these lists. Even allowing for the fact that there may be biases against African universities, one can still safely say they are not among the best in the world. Most of the African universities that make it into these rankings are from South Africa (a country that was ranked second to last in the OECD study that ranked Ghana last). Of Ghana’s universities, only Legon (started 1948 as an affiliate college of the University of London) gets a mention. In the latest QS rankings, Legon’s undergraduate programme is ranked at number 700+ – an amorphous category that includes all other universities not in the top 700.

The first ranking of African Universities and Higher Institutions by Africans has been released recently (2015). In a ranking of 1,447 universities and higher institutions in Africa based on their research publications and citations from the last five years (2010 to 2014) and on their Internet/Web Presence, Legon is in 14th place on a list topped by University of Cape Town. Cairo University is second with the University of Ibadan and the University of Nigeria at Nsuka being the Nigerian universities coming ahead of the Ghanaian ones. KNUST comes 29th; UCC 56; University of Education 120; University of Development Studies 160; GIMPA 246; Accra Poly 265; Takoradi Poly 298; University of Mines and Tech 300. These are the ones that made it into the Africa top 300. The state run institutions are better than the non-state run ones. 46 other Ghanaian institutions made it to the list with University College of Agriculture and Environmental Studies (1,394th) and Pan Africa Christian University College (1,400th), occupying the bottom of the Ghanaian rankings. (See full list here http://ranking.journalsconsortium.org/ )

The list is a poor one. Because the rankings are based on a Total Influence Factor that is a composite of research publications and internet presence, there are many institutions on the list whose positions are justified only by their internet presence since no publications are listed for them. Ever heard of “Ideas University College” or “Spiritan University College”? They are both in Ghana.

Our universities are turning out more graduate students than ever before. The question can be asked if a Legon PhD product is roughly the same as a PhD product in the same subject from Cambridge or Stanford both of which consistently come up high in all rankings. The answer to this question cannot be easily defined.

Even if Ghanaian universities are not among the best even in Africa, this does not mean brilliant individuals cannot come out of our institutions who can go on to do well in the best universities in Europe and North America. But these individuals are few and are the very gifted ones found in every society. The critical thing is to create an educational atmosphere that brings out the best even in mediocre students since the most gifted individuals almost always manage to take care of themselves. But it is clear that educational rankings do not tell the entire story about the standard of education in a country.

Rankings of institutions in Ghana.
This ranking is based on research publications and citations from the last five years (2010 to 2014) as well as visibility on the internet.

Brazil's president contracts virus as US starts WHO withdraw...
52 minutes ago