Ghana is a secular state where governments should not be building cathedrals or mosques! 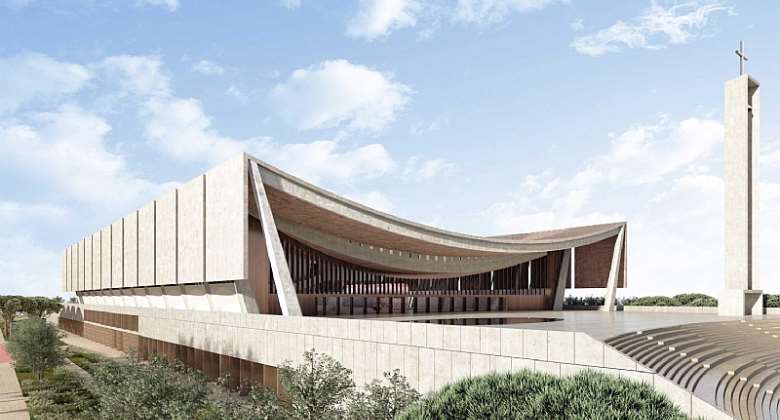 Forget, for a while, about all the monies being spent on a national cathedral when there are other more pressing needs. The question is: has the government of Ghana the right to build a monument to a religion in the name of the people?

The Republic of Ghana is a secular state. The state is separate from any religious organisation. Ghana has no state religion. The state cannot impose any religion on the people. It cannot also act in a religious manner.

Article 21 (1) (c) guarantess freedom of religion for all citizens: “[a]ll persons shall have the right to freedom to practise any religion and to manifest such practice.” This freedom applies to the citizens as individuals and in groups. It does not apply to the government as an entity. Whiles individual members of government have the right to practise whichever religion they choose in their private capacities, they cannot aggregate this right into a will of the government.

The government has no right to build a mosque, a cathedral, a fetish shrine or any edifice to any deity in the name of the people. It will be behaving in a religious manner if it does so. Individuals or organisations are free to build such structures as private concerns.

The separation of church and state is also seen in the provisions of the constitution that forbid the establishment of any party based on religious grounds. Article 55 6 (c) forbids any party to have a religious name. That is why there is no Muslim Party or a Christian Democratic party in Ghana. In Ghana, the church has never been part of the state.

It is true that many Ghanaians are Christians. This is the result of a historical accident. It has nothing to do with whether Christianity is a better religion than Islam or our traditional worship systems. It is not! We were colonised by Europeans who brought us Christianity. If we had, instead, been colonised by the Iranians, most of us would, today, have been Shia Muslims – by default rather than by conviction.

Even though Christians are in the majority in our country, Ghana cannot, strictly speaking, be called a “Christian nation”. The large number of Christians does not make us a Christian nation. We are a secular nation and our government should act in a manner that reflects our secular status. This means it cannot build a monument to any religion. If it does so, it will be favouring one religion over the others.

The laws of the land, for instance, forbid a fetish priest from indulging in human sacrifice in the name of freedom of religion. Not even God’s laws come before the laws of the land. This is rightly so since nobody really knows God’s laws. Anyone can look into a book and proclaim God’s laws and we shall debate that endlessly. But the provenance of the basic laws of the country is well established. We made those laws and we all agreed to abide by them with the courts serving as arbiters.

No government, can, therefore, invoke God’s laws to build a cathedral in the name of the people. The people are free to follow whichever god they want to. They are also free not to worship any deity at all. That is the essence of freedom of religion.

The government should abstain from following any god. It should also refrain from building edifices to any deity. Of all the monuments a government can build for the people, a religious monument should not be one of them!

Akufo-Addo can build a cathedral with his own pocket money as a gift to the Christians in the country. But he cannot do so in the name of the government of which he is just a temporary head. Such an endeavour should best be pursued after he leaves office so that the people will know that he is not using the tax payer’s money for his personal glory. He cannot use the office he occupies to do it on behalf of the people who are of different religious persuasions and who have not requested of him to build unto them a temple or a golden calf!

There may, perhaps, not be a particular letter in the constitution that expressly forbids Akufo-Addo from building a cathedral but this act is in violation of the spirt of the 1992 Constitution which establishes our nation as a secular republic in which government shall not dabble in “partisan religion”.

Arrest, prosecute galamsey kingpins irrespective of their s...
9 minutes ago

Ablakwa questions whereabouts of chief perpetrator of Bulgar...
9 minutes ago