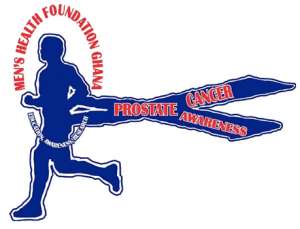 This article appeared first in my column, Men’s world in the Today Newspaper on 18th April 2015

The truth is that cancer cells lies dormant in all of us, in a simple terms we all have cancer cells in our bodies and about 50% of all men by the time we get to 50years we will have prostate cancer cells at the dormant stage in our prostate gland so the question now is why do some get cancers and others don’t?

In general, the more men in a family who’ve been diagnosed with prostate cancer, the younger they were diagnosed and the more closely related they are, the more likely it is there’s a family link.

I have seen lots of patient diagnosed with prostate problem and for the conventional practitioners the first thing that comes into their mind is genetic. heredity prostate cancer only accounts for 5 to 10% of prostate cancer in men but no one can also confidently pinpoint the specific gene that is predisposing black men to prostate cancer , in simple terms genetic or race specific evidence is still missing.

So what is actually the problem? Once I realized that there is great geographical difference in prostate cancer between eastern and western men especially my favorite people, the Hunzas and Okinawans who live till 145years without cancers partly because of their diets and lifestyle I decided to delve into the issues of lifestyle and then I came across the legal terms, de jure and de facto and I want to use this phrase to explain our chances of getting prostate cancer.

According to Wikipedia, De Jure is an expression that means "concerning law ", as contrasted with de facto , which means "concerning fact". The terms de jure and de facto are used instead of "in law" and "in practice", respectively, when one is describing political or legal situations

De facto, expression that means "concerning fact". In law, it often means "in practice but not necessarily ordained by law" or "in practice or actuality, but not officially established". So in this article I will say de jure is what I inherit from my parents by law that is genes. so how can my lifestyle affect what I take from my parents that is De Facto to influence my chances of getting prostate cancer or chronic degenerating diseases like cancers etc. so in reality De Facto is what I will say the life that I am actually living, de facto can be what is in reality, or which is in effect.

There is a big difference between de jure and de facto for instance God created us all in his image so I will say according law- de jure, both blacks and white are created in the image of God but if we are created in the image of God why do black men are more prone to prostate cancer or why is that there is high sky rocking prostate diseases in Ghana-De Facto? Or why is that men in the eastern territories leave over 100 and the place is a cold spot for prostate or breast cancer?

Ok, so now let look at how our lifestyle, De Facto affects our inheritance or what we get from our parents by law, De jure. So, De jure is inheritance, genetics whilst De facto is reality, our character or actions in the cause of our life. The De facto is the most important thing whether you will get prostate cancer or not , so in reality the De Facto is the preventative era or what I term the preventive measures or preventative medicine but are conventional doctors interested in de Facto or de jure?

The genetic studies performed to date, mostly on Caucasian families, suggest that seven potential prostate cancer genes are involved in Hereditary Prostate Cancer, which means that genetic risk factors may differ among families. Three of them are located on chromosome 1 (HPC1, PCAP and CAPB) and the other four are located on chromosome 17 (HPC2), chromosome 20 (HPC20), chromosome 8 and the X chromosome (HPCX). Thus far, the search for prostate cancer genes resulted in the identification of three genes (RNASEL at HPC1 region, MSR1 on chromosome 8, ELAC2 at HPC region). Even the so call BRCA 1 and BRCA 2 genes are called tumor suppressors genes!

However, no single susceptible gene is by itself responsible for a large portion of familial prostate cancers and data were used only from the Caucasian population. So you see, the genes cannot by itself cause prostate cancer its need a medium!

De Facto or lifestyle Connection
Dr. Miller was contacted by University of Hawaii and offered a summer-long position as a visiting medical professor for a teaching program and discovers that people of island do not ever have breast and prostate cancers.

These 2 are top cancer killers and she wants to find out how the people of Okinawa stay clear from them!! So off to Okinawa, Japan, Miller discusses how certain foods help block "the progression of these cancers in their early phases, thereby preventing the ultimate development of a full-blown cancer". People on island are known to live long and healthy lives. Live longer than Americans and almost never have people with breast or prostate cancer. Their food contributes significantly to their health. "Okinawan food is very healing, happy food. But not so much same as regular Japanese. Asian fusion."

In Okinawa Culture all markets filled with fresh, organic vegetables and fruits for Cheap. All of the food being sold within the market was 'cancer-fighting antioxidants’! She noted. Farmer's Market the way they prepare their dishes (a light steam or stir fry) adds to their longevity. Okinawans eat pounds and pounds of fish per year. Lots of OMEGA 3s!

For example: SOY INTAKE & They do not eat pig @ all!

Miller began to search for foods that would prevent this diagnosis.

Antioxidants are very important. Eating a variety of veggies and fruits helps prevent cancers & people in Okinawa live off of this. NO McDonalds, BK, Taco Bell, etc

The Power of Indigenous Diets
It’s no surprise that populations migrating to the United States find themselves caught up in nutritionally related chronic diseases, including obesity, diabetes, heart disease, and cancer. Dietitians see this in their practices every day. In her book, Miller explores the “migration effect,” as well as the effects of modernization on populations that have never left their small villages. She traces “authentic” recipes to see how they have changed over generations. For instance, Miller takes a look at her own Ukrainian grandmother’s recipe for borscht, which was made with canned sweetened beets, generous amounts of sour cream, and store-bought chicken broth. But in her grandmother’s hometown of Chodorov, borscht was prepared using fresh grated beets, light chicken stock, salt, pepper, and a dollop of yogurt or clotted cream. The effects of modernization can be seen in indigenous diets around the world.

How did these cold spots develop indigenous diets that are formulas for health? It’s not as if their early ancestors understood how to highlight nutrition superstars such as fiber, omega-3 fatty acids, monounsaturated fats, and antioxidants. Throughout history, our ancestors relied on internal guides to determine which foods nourished them; thus, they slowly developed an indigenous cuisine. They passed down the knowledge about which plants made them healthy, how to cultivate foods, food-related customs and rituals, and which foods were appealing. The sources of their foods were local, natural, and unprocessed. Animals were fed on open pastureland and used sparingly with nothing left to waste. And there you have the power of indigenous diets. See you next week !

I won’t be an impediment to free, fair and transparent elect...
19 minutes ago