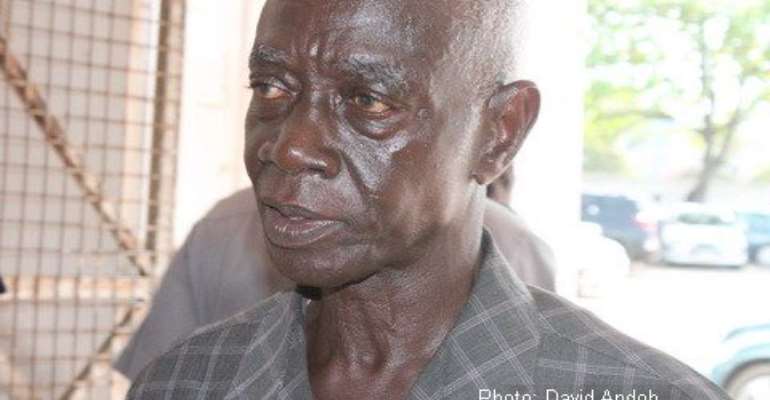 A member of the communications team of the governing National Democratic Congress, Eric Ametor Quarmyne, is incensed about the mêlée surrounding the appointment of a new Chairman for the Electoral Commission.

In his view, calls by opposition parties for broader consultations before a successor of Dr. Kwadwo Afari Gyan is appointed are needless.

Ametor Quarmyne alleged that EC boss, Dr. Afari Gyan on any election day sits in his office “puffing cigar and drinking beer” awaiting the results to declare thus cannot be accused of rigging an election.

As the EC chair prepares to go on retirement in June, the New Patriotic Party (NPP), Convention Peoples Party (CPP) and the Progressive Peoples Party (PPP) are championing the cause for broader consultation in the appointment of his successor.

They argue that it will be in the best interest of the country if consensus is built on this matter ahead of the 2016 General Elections.

But Ametor Quarmyne on Asempa FM's Ekosii Sen programme Tuesday indicated that irrespective of whoever becomes Chairman, that person cannot change the final results of votes.

He explained that elections are won at the polling stations therefore political parties must be vigilant and have educated people as polling agents to protect their ballots.

“If you know how the electoral system works, EC boss can never influence the outcome in any way. He has no direct access in the collation at the polling stations,” he stressed.

The NDC man chastised the NPP for always making 'ugly noises' about the elections being rigged when in fact they send people who are ignorant on electoral matters to the various polling stations.

“You [NPP] always cry that you have been cheated because the people you put there [polling stations] don't know A from B and cannot count or collate,” he added.

Ametor Quarmyne urged the NPP to send people who are well versed in electoral matters to the polling stations where elections are either won or lost.