Dr. Mahama Must Be Ashamed of Himself—PPP 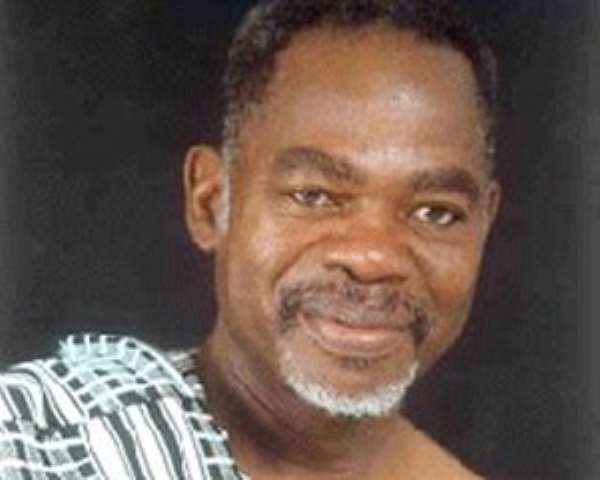 After destroying the CPP-PNC alliance carefully worked out at the Golden Tulip in 2008, Dr. Edward Mahama shamelessly tried yesterday to destroy the reputation of Dr. Papa Kwesi Nduom and all the well-meaning people who toiled from 1992 to bring unity into the ranks of Nkrumaists. This will not work. Not this time.

Dr. Mahama's obsession with becoming President of the Republic of Ghana led him to destroy the unity forged between Nkrumaist parties NCP, NIP, PHP and PNC worked on by leaders such as the late President Hilla Limann, the late Kojo Botsio, Felix Amoah etc.

After the unfortunate death of President Limann, Dr. Mahama pulled apart the unity all in the name of preserving the Limann legacy. He then went on to insist on him being the presidential candidate of any alliance.

Dr. Mahama is quoted to have said:
“There were individuals within the CPP who didn’t want the unity and I would say it publicly…Nduom is one of them. In 2008 I actually volunteered and said let’s put the presidential ticket for the Nkrumahist parties together, but he [Nduom] didn’t want it...Nduom didn’t want it and he later left and formed his party”.

We do not want this latest Mahama self-serving statement to pass as a mere irritant. We condemn this unprovoked attack on the leader who worked tirelessly to promote the Unity of Nkrumaist forces. He has forgotten how many times Dr. Nduom hosted leaders of the PNC and CPP parties in his home and offices. We have photographs to show.

Dr. Mahama has conveniently forgotten how many times Dr. Nduom drove to his house and office to plead with him to bring PNC on board the unity train. Surely he cannot pretend to have forgotten the meeting engineered by Dr. Nduom at the Fiesta Royale hotel?

Hon. Haruna Bayirga, Dr. Sulley Gariba, Alhaji Ramadan, Mike Eghan, Ladi Nylander, David Ampofo, Hajia Hamdatu and others who met and agreed on an alliance between the CPP and the PNC can testify to the fact that an agreement was reached to make Dr. Nduom the alliance flagbearer and Dr. Mahama the running mate.

When he lost the flagbearer position, it was Dr. Mahama and others who went and organized opposition to the same alliance they have agreed to. Such hypocrisy and here is a man who wants to be trusted as President of our Republic?

Fortunately, we have photographs of many of these meetings and we will be releasing them to the media to put Dr. Mahama to shame once and for all. Ghana deserves better than this.