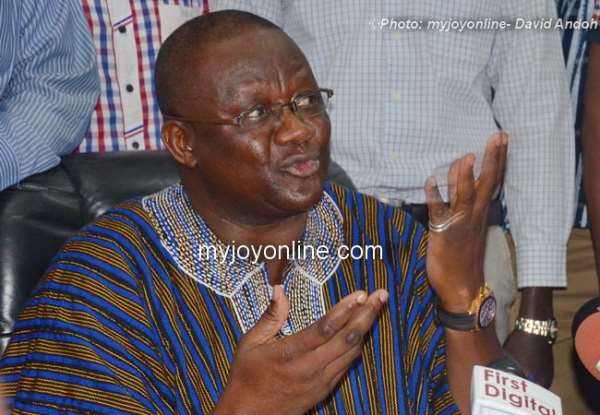 My attention has been drawn to a publication on some online news platforms on an interview I granted to Joy News. In the interview, I am said to have revealed some party strategy, detailing an account to make Dr. Mahamudu Bawumia a more prominent force in the 2016 elections. The publication also purported that this is the reason Dr. Bawumia led the Upper East region demonstration as well his recently held public lecture.

The said publication is a complete misrepresentation of my very comment in the interview. To a question posed by the interviewing journalist, I mentioned that increasingly, the public will see an active participation by party stalwarts such as our Presidential Candidate, Nana Akufo Addo, Former President Kufour, Myself the National Chairman, Dr. Mahamudu Bawumia, Kwabena Agyei Agyepong, Alan Kyerematen, Asamoah Boateng, Dr. Konadu Apraku, Francis Addai Nimoh, Joe Ghartey, amongst others in the campaign.

United in decision, the NPP stalwarts and members intend to support our Presidential Candidate, Nana Akufo Addo in the campaign to achieve a one-touch victory in 2016.

As the Chairman of the NPP, it would be premature so to speak, for me to reveal our party campaign strategy at whim.

I therefore entreat the general public and especially members of the NPP to disregard the said publication.