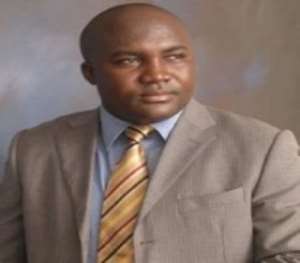 The National Petroleum Authority (NPA) is in no mood to reduce prices of petroleum products despite a heavy fall in the price of crude oil on the international market, and relative stablility of the cedi.

If anything, the Head of Communications of the Authority, Yaro Kasambata insists the two percent reduction in prices of petroleum announced last month is "significant enough" to which consumers must accept.

His comments follow a crusade being led by the Deputy Minority Leader Dominic Nitiwul to force the NPA to reduce prices of petroleum products on the local market.

In line with the automatic price adjustment formula, the NPA had always increased prices on the local market when the value of the cedi fell and the price of crude oil appreciated on the international market.

The product now sells at 15.00 cedis per gallon at the pumps.

However, the elements in the adjustment formula had changed drastically in the last few months.

The value of the cedi which also affected prices at the pumps has also appreciated 15 percent since the last two months.

But Yaro Kasambata told Joy News the authority will not reduce prices.

"We haven't contested the fact the prices have dropped. We haven't in any way contested that it ought to reflect the reality at the pump.

"We have only said that we just need to take advantage of the drop in the prices to deal with some of the debt that had not been paid," he explained.

The Authority is reported to be indebted to the Bulk Distribution Companies (BDCs) to about 400 million cedis.

"The 2 percent reduction is something significant which the consumer has benefitted from," he stated.

He would not exactly say how long it will take for the NPA to pay the debt owed to Bulk Distribution Companies.

But official of the Africa Centre for Energy Policy (ACEP), John Peter Amewu, told Joy News "Ghanaians are not being told the truth" about the petroleum pricing.

He said over the last couple of months there has been about 28 percent reduction in prices of crude oil on the international market and that should reflect on the local market.

He stated emphatically that at least, there ought to have been a 20-25 per cent price reduction at the pumps instead of the two per cent drop being touted by the NPA.

He suspects there is a "complete government control on the regulator" to keep prices up even when all the elements in the price formula had gone down.