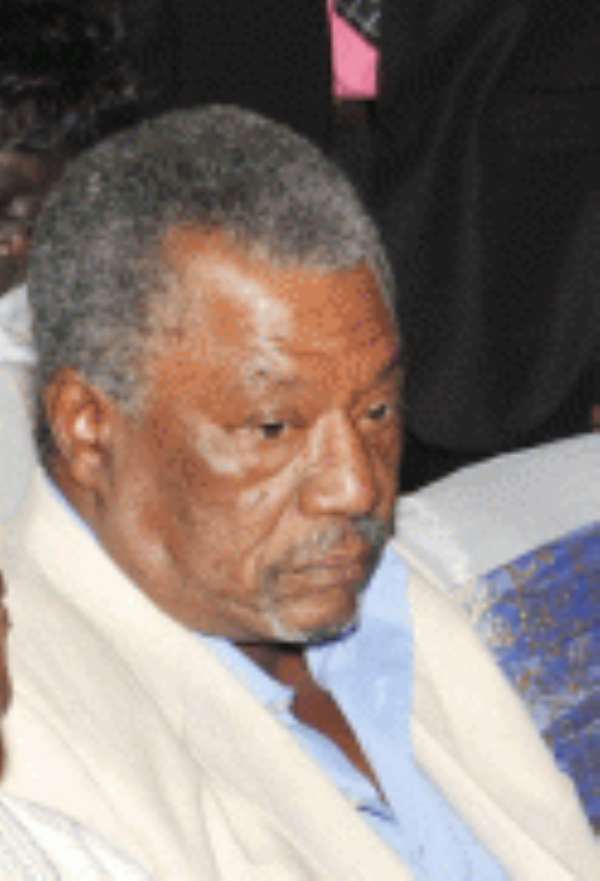 The hope of Dr Cadman Mills, junior brother of the late President John Evans Atta Mills, of becoming Ghana's Ambassador to the United States of America (USA) seems to have been dashed.

An official government communiquÃ© named Dr Cadman Mills as one of the several Ambassadors-designate and indications were that he had been pencilled down to represent Ghana's interest in the United States.

The US chapter of the United Cadre Front (UCF) of the NDC subsequently commended President John Mahama for appointing Dr Cadman Mills, a former Economic Advisor, as Ambassador-designate to the United States of America, saying it was a special way of honouring his late brother, President Atta Mills.

In a release signed by the National Coordinator of UCF USA, Oheneba Nana Damte, who is also the National Democratic Congress (NDC) USA Coordinator for International Chapters, the group congratulated Dr Mills on his appointment to such a high office.

Like his other colleagues who have since not taken their positions at their assigned countries, he has since been on the waiting list pending the issuance of his Agreement (a memorandum from one nation to another agreeing to the appointment of an ambassador or envoy).

Last Thursday, however, President Mahama commissioned General Smith, who happens to be a former Chief of Army Staff, to take over as Ghana's Ambassador to the US, leaving the fate of Cadman Mills hanging in the balance.

He was commissioned together with former Northern Regional Minister, Moses Bukari Mabengba, who has been posted to oversee the country's interest in Angola.

Senior Communications advisor and Head of Communications at the Presidency, Ben Dotsei Malor, could equally not tell what has become of the fate of Dr Cadman Mills when contacted yesterday from far away United States where the President is attending the United Nations General Assembly in New York.

Government sources have however hinted that his appointment seems to have suffered a major setback which made the President revise his decision.

It was however unclear what could have made President Mahama change his mind as regards posting the former President's brother to the US.

Almost a year after their nominations, some of the envoys-designate continue to wonder when they would be issued with their letters of credence, so they would proceed to their assigned countries, even though they have taken the oaths of office and secrecy.

Most of the nation's foreign missions have therefore been without envoys for almost a year, since all envoys were recalled in October 2013, making room for the nomination of their replacements.