OUR LEADERSHIP STYLE- BEGINS ON SOCIAL MEDIA - THE THINGS WE POST 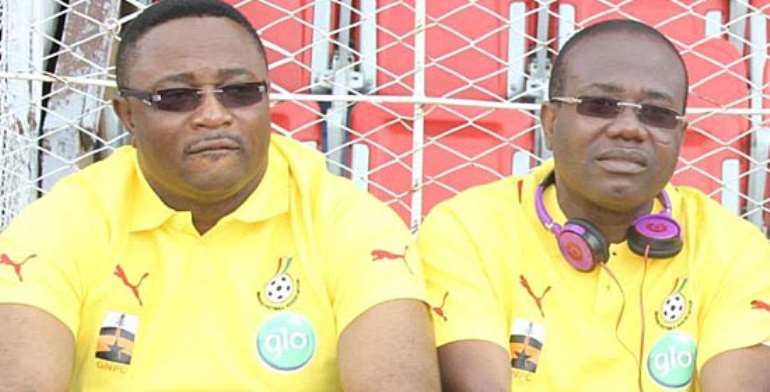 What has become of my Ghanaian heritage? We all think alike, look alike and do things alike yet we expect different outcomes? If you may not be aware, I just defined "insanity." You repeat the same weaknesses of our predecessors yet we hope and pray for different outcomes! I don't mind us looking alike because naturally indigenous Ghanaians are beautiful. To some extent, thinking alike is good because we can all agree that an action was utterly unwelcomed or uncultured - as in the case of the brouhaha that marred our national pride in Brazil recently. What surprises me, is the fact that we are doing the exact things our fellow Ghanaians did while they were no near [political] power. Do you then expect any different leadership from the one we are witnessing today in the next generation of leaders? You'll be naive to say "yes."

HERE is my opinion, we are all, my generation more or less, bunch of analysts than managers, and rarely, do we portray leadership traits. Our observation is often spot on, especially concerning things of wrong or improper action. And we are quick to condemn, and in most part encounter few resistances in our condemnation. Unfortunately, that is about how far most of us go! It is as if our job is to lie in wait for the next blunder to occur so we can be the first to ambush those who committed the offense or flood the social media with our "absolute" views. This kind of attitude often achieves one goal, a vital goal of course. It makes you popular [as a critic] and in turn gives you followers which in tend set you up for political office in the future. Because this life style has proven rewarding, it is so sad that my generation of people have taken to this cheap route of emergence into political leadership. I can mention few names in both NPP and NDC - the two most corrupt political parties in Ghana [and in Africa if sincere].

WHAT we shortfall of, is offering practical solutions to issues. Condemnation is good but offering better solutions is even better. You will then not just be an analyst but you portray good managerial and leadership traits if we learn to take a step beyond condemnation. For example, since the saga of Ghana Football Association [GFA] broke and that of the mishaps and counter accusations that ensued in the triangle of the Ghana Government on one side [same as the NDC], the GFA on the other hand and the Black Stars in the middle, we have seen almost everyone taking positions of support for the Stars or the Government or the GFA and identifying who were right or wrong yet we are yet to read posts enumerating pragmatical steps to preventing these shenanigans in the future or how to get to the bottom of the issues or fairly condemn all parties involved. Have you seen how we do things alike yet we expect different outcomes? I bemoan our generation and I am not so optimistic that what we condemn today shall not be repeated in my lifetime, at least.

INSTEAD I don't want to end my opinion like the others so please allow me to do what many have failed to do - offer alternative solutions. It is true that there have been issues with management of our participation in this year's FIFA World Cup Tournament in Brazil that have cast slur on our nation - the government and the people. From the onset, it appears the dispute culminated from earned financial dispensation. It is also true that there were certain issues of encounters and allegation of disrespect within the camp of the Black Stars in Brazil. And from the emerging facts, it also appears number of, and the presence of, non-essential staff may have ignited stirs. Barring other unknown facts, and pending the outcome of what the presidential investigation committee, it is prudent that we consider certain measures to minimize the impact such weaknesses have caused us. In light of these weaknesses made public, I present few solutions for consideration:

BLACK STARS - These men (I don't want to use professionals yet) need to go through counseling to get them to understand the mindset needed to wear the national jersey. Ulterior motive should not be money - that should be for the clubs they play for everyday - but should be for national pride and good image for themselves. Ultimately, they are all perceived professionals and by that, they must not allow external matters to cripple into their focus on the field. Having said that, stakeholders and all interested parties should also put guaranteed mechanism in place that ensures that all fees and bonuses due them are guaranteed payment promptly. This can be done such that a 3rd party or the players' respective agents would take over the processing of contractual payment agreement so the players don't have to indulge in monetary scuffle before, during or after any national assignments. This idea will also cut the very people around the Ministry and the GFA that are linked with parochial financial interest in the management of the Stars.

The GFA - My question to them is what happened in 2006 and 2010 that didn't happen now? Did they grow wings and thought that they could get away with any shoddy expense or work done? Let me put the issue of match-fixing aside and give the GFA President the benefit of the doubt and dismiss that allegation temporarily, but what in the world did they present as the budget? How come they got the funds to buy air tickets, pay hotels, get per diem, and other expenses but failed to secure the interest of the players they were hired to manage? What sayeth thou, Mr. GFA President? Is there any justification to send all these executives to Brazil that they couldn't be done via teleconferencing, Skype, and other means other than trooping all or most of the Executives to Brazil (perhaps Netherlands and USA too!). At least we now know the presence of these non-essential executive staff was source of concern to the team. Accordingly, I propose that the GFA, the Ministry of Sports, and all Stakeholders have a predetermined number of Executives that should be allowed to all tournaments regardless on the location. This number ideally should not be more than 5 (3 from the GFA and 2 from the Ministry). I would even prefer a lesser number. Even if private organizations sponsor other non-essential executive staff, the new measure should bar these executives from getting close to the team.

MINISTRY of Sports - I wonder if this ministry was created only for soccer alone and not the volleyball, ping pong tournaments, athletics and other sporting divisions. It seems that the only time that both the Minster and the Deputy camouflage with their entourages to events then that event is almost always soccer. What perception do they insinuate? As it became evident, none stayed to coordinate the payment and/or process payments for the Stars. They gave the Stars no option than to request for cash because it was obvious those that they would expect working to get them their monies were walking about in Brazil - God knows who were with them! In light on this, similar to the GFA's proposal, the 2 non-essential Ministry representatives must never ever include both Ministers, and this also must be predetermined. You see everybody wanting to go when it is FIFA world cup but almost none when it WAFU (West African Football Union) tournament. And that makes us wonder why? And I think we all know the answers - opportunity to money making and per diem!

Having said all these, I hope we all see the roles we ought to play and perhaps the changes that need to be implemented henceforth. From the ordinary citizens who love to score cheap political points and gain popularity via criticisms without substantive solutions, to the GFA who budgets on the innocence of the Ghanaian football lovers and think they can get away with it, to the Ministry of Sports who uses such tournaments as a means to enrich their tent and show no sense of responsibility. We are a nation with abundance of intellectuals yet partisan mindsets and corruption and opportunism have threatened our developments. I pray that these issues are not, once again, viewed as a partisan issues rather than national canker that must be resisted by all. To my colleagues, I ask that we begin to do more than eloquently crafting our criticisms and not offering solutions, even if the current administration frowns on solutions because you will never know who is reading that may capitalize on your solutions. I rest my contributions.

Editor's Note:
As a bonafide citizen of our dear country, Ghana, I am compelled to offer my token of contribution. While I have no expectation of making immediate impact, it is my hope that my views encourage people to do more than criticism. Who knows? Someone in authority may see the wisdom in a line or a sentence that can be borrowed in decision making. Please feel free to comment, critic and contribute in anyway that you can.